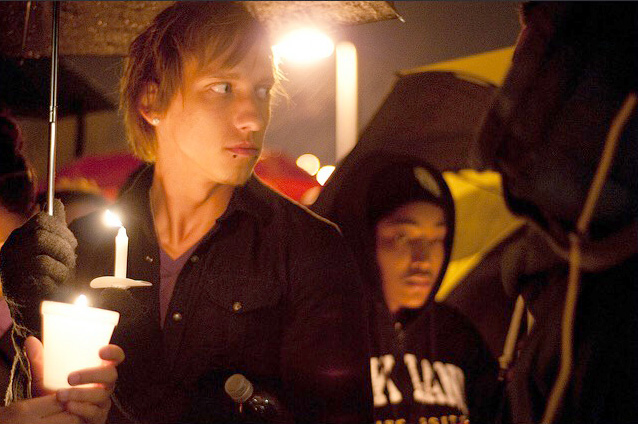 Seven years ago, Corey Jackson died by suicide. He was an Oakland University sophomore who lived on campus. He was an active member of the Tau Kappa Epsilon fraternity. He had come out as gay, and his family reported that he felt as if his peers treated him differently prior to his death.

He died by suicide in a wooded area of campus, where he was found in mid-October 2010. His friends on campus denied any claims that he had been treated differently because of his sexuality.

In the Oct. 20 issue of The Oakland Post, the student journalists of the time failed to report on the circumstances of Corey’s death. Students were notified at 7 p.m. on Tuesday night, which may be why Corey’s story was left from the issue that would have come out the next day.

For those unfamiliar with the structure of the Post, we produce our papers on Tuesday’s. With news breaking so late, it was unlikely the editors had any time to actually report accurately on Corey’s death in the in-depth way it would have deserved.

Corey’s boyfriend Mario Martin spoke to Pride Source about the circumstances of Corey’s death. He said that Corey had a conversation with his family the day of his death, and had seemed down.

Corey ended his life in a public manner. “It’s almost as if he was attempting to speak from beyond the grave,” the Pride Source article says.

Our online coverage was more extensive. The Post never reported of his death in particular, but we ran stories about the Oakland University Student Congress fundraiser following his death, and multiple editorial-style articles about how his suicide brought the campus community together.

The week following his death, the Post ran a story telling students about the Gender and Sexuality Center. Though it seems obvious the services the center offers now, in 2010 following the death of a loved member of the campus community, the Post felt obligated to provide information to students about where to go for help and support.

The fundraiser from OUSC raised over $2000 to pay for Corey’s funeral and to help his family in their time of need.

The anniversary of his death inspired another vigil a year later, where housing residents got together to honor Corey’s memory. Many didn’t know him, some did. The article mentioned plans for a memorial garden in his honor.

In the summer of 2015, the Post switched website servers from TownNews to SNO. In doing so, countless photos on our website were lost. In addition, we only have web archives from 2008 onwards. We are lucky that there are stories still remaining online telling about Corey’s life and death, because they could have been lost in the blink of an eye.

In learning about his death, we found a Flickr page filled with photos from Corey’s vigil in 2010. These photos never made it to print.

Today, we will change that. The page of this issue is filled with photos of his family, friends and the campus community who gathered together to honor his life on a cold, rainy day on Oct. 20, 2010.