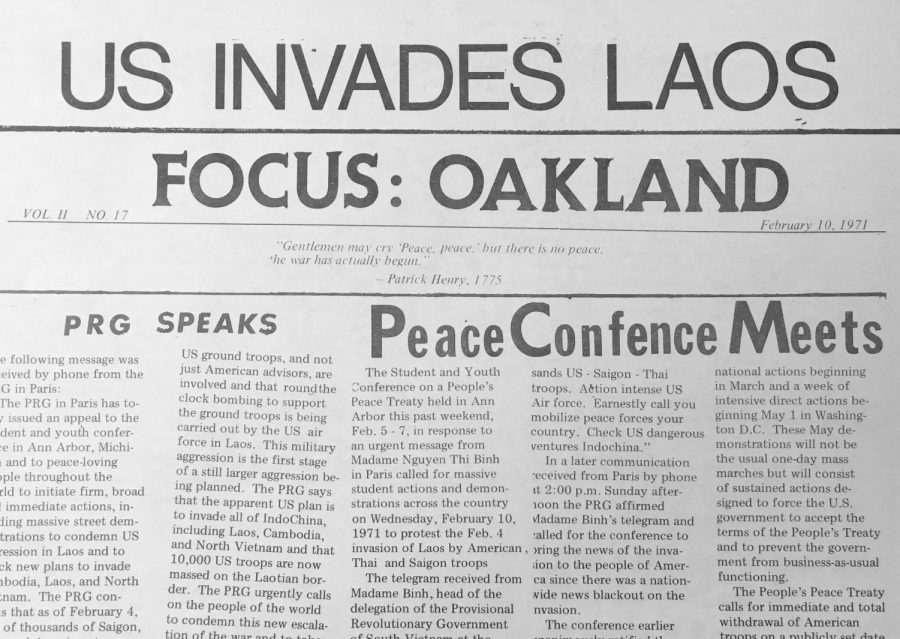 Looking Back at Focus: Oakland

Sometimes, working at the student newspaper can mirror the ridiculousness of a soap opera. Depending on how mature the editors are, things like gossip and backstabbing can reign over the staff and make it hard for anyone to get any work done. In the late 1960s, Oakland University’s student newspaper learned this the hard way.

Since it started in 1959, The Oakland Observer was OU’s only student newspaper. In the late ‘60s, The Observer had some editors who were over-zealous with their political views and consequently, The Observer became more like an opinions bulletin than an actual newspaper.

Nine students, some of whom were staff from The Observer, got fed up with this and decided to branch out with their own biweekly newspaper, which they called Focus: Oakland. To put this in perspective, the current staff of The Oakland Post is about 40 people. This was a bold move.

While The Observer looked like a standard newspaper, Focus printed as a news magazine and ran its issues tabloid-style. It was intended to be new, fresh, and unlike its competitor in every way imaginable.

Focus prided itself in being “the most humble newspaper in the world,” because it published without bylines and aimed to give the campus community the Oakland-based news that it wasn’t getting from The Observer.

However, The Observer was still the university funded paper, so Focus had to publish on its own and charge readers 10 cents per issue.

“We are asking you to pay for Focus: Oakland willingly,” the first issue reads. “If we fail to be responsive to you, the Oakland citizen, then you will cut off our funds and force us out of existence.”

Focus did exactly what it said it was going to do. It ran news on campus affairs and did features on what students could do around campus as well as interviewed interesting or high-up members of the campus community. Some of its biggest stories included racism on campus, Oakland’s first strike, a bomb that was planted in the university president’s office and Jane Fonda’s visit to campus.

The paper also opened itself up as a forum and ran many stories contributed from professors and students in every issue. These were the only stories that would appear with bylines.

The good coverage kept Focus afloat while The Observer met its demise in ‘69. But it never gained the funding to become the official university newspaper and continued to run on its own.

At one time, there would be up to four independent student newspapers circulating through campus, but none of them survived.

But, when The Oakland Sail launched in ‘76 as the official student newspaper, it adapted many of the things Focus had set in place. Even today, The Post gives the same amount of attention to the things Focus did back in the ‘70s.

Focus inspires members of The Post today in that it shows how an underdog can make a big difference.

People don’t like change, but sometimes it can be the best thing for everyone.