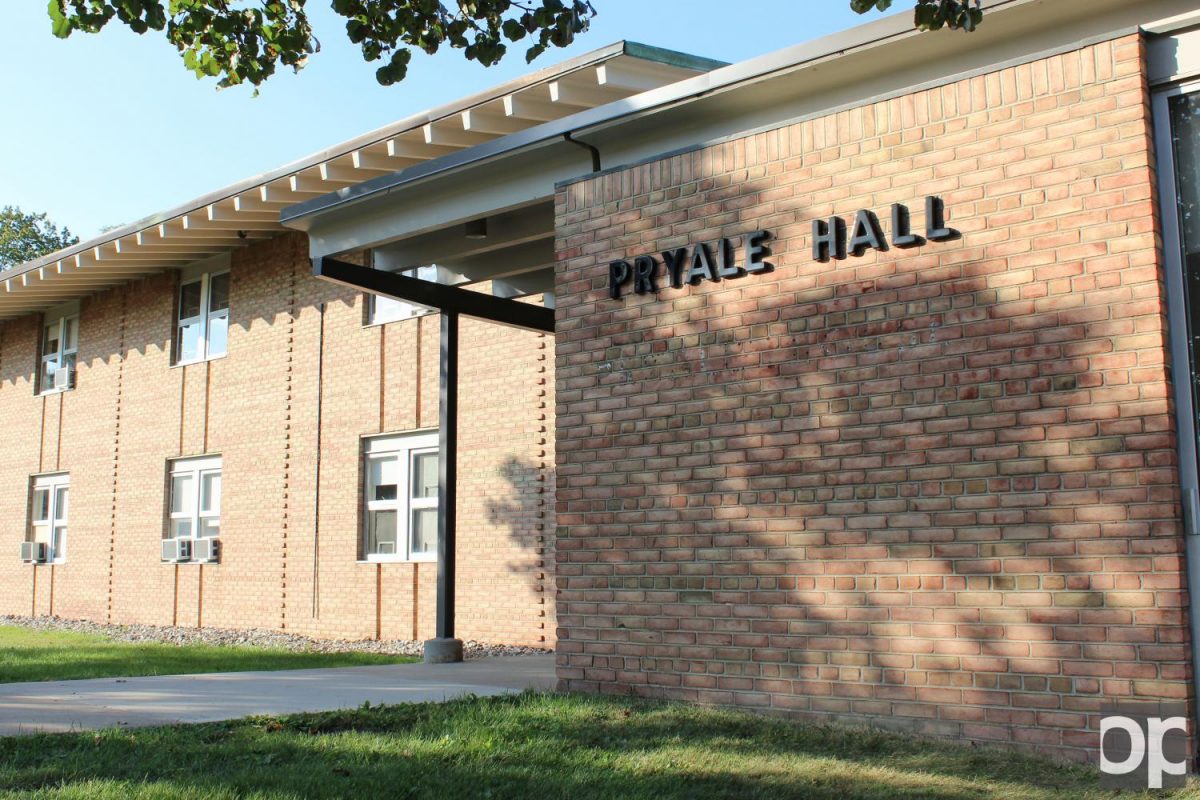 The Psychology department was moved to Pryale House, much to the dismay of residents.

Looking Back: Psychology and Pryale House

The move was done to free up over 5000 square feet of space in Hannah Hall, allowing for more chemistry and engineering labs to be installed.

Another reason that the psychology department moved to Pryale was because of the ultimate cost to the school and the accessibility to students and faculty. In other words, Pryale was the most economically friendly option for the school.

Area Hall Council (which is similar to what is now the Residence Halls Association and the House Council) protested any move into the residence halls.

If this move was to be completed, they recommended that the move would be to Anibal House, which is right next to Pryale.

University Congress (currently known as Oakland University Student Congress) President Fred Zorn approved of the decision, however, because one of the alternatives to moving the psychology department into Pryal was to move the department off campus into unused elementary school classroom space.

Another alternative would be to install temporary portable units near Dodge Hall and Hannah Hall, similar to the trailers now littered between the Oakland Center and Kresge.

However, Zorn pointed out how expensive of an option this would be.

There was talk of constructing a new science building near Hannah and Dodge Halls (which has come to fruition as the Science and Engineering Building, which is now known as the Math and Science Center).

The ability to construct this new building would be dependent on the “recovery of the state’s economy,” which was in a poor state leading up to this decision.

In addition, decreasing enrollment in “soft” studies led to the pressure to give the space to the “hard” areas, like engineering, biology and chemistry. This is because they were, according to Kleckner, in need of more space.

In addition, the space would be paid for by the university.

From reading the article from March 28, 1983, it seems as if students were concerned this move would increase their housing costs despite the psycology department calling its residency.

Students who wished to remain in Pryale who would be displaced by the move would be given “a special spot” on the fall’s room sign up schedule.

Students hoped to get former Pryale residents to hold a candlelight march for the house and “let it die mercifully,” and continued by saying the loss of this residence hall “[was] like a death in the family.”

A new residnce hall wouldn’t be built until the contruction of the Ann V. Nicholson apartments on campus.

The AHC feared that as soon as the space was taken over for faculty use, it would never be turned back into living space for students.

As many of us know, they were right. Pryale has never returned to its former use as one of the residnce halls.

However, Kleckner said Pryale would be returned to residential usage “as soon as it is desirable” to do so.

As of 2017, Pryale House is still used as the home to the psychology department, and as far as records tell, was never returned into a residential facility.

After the construction of the new Southern Housing Complex is completeted in 2018, Fitzgerald Hall will have the same fate.