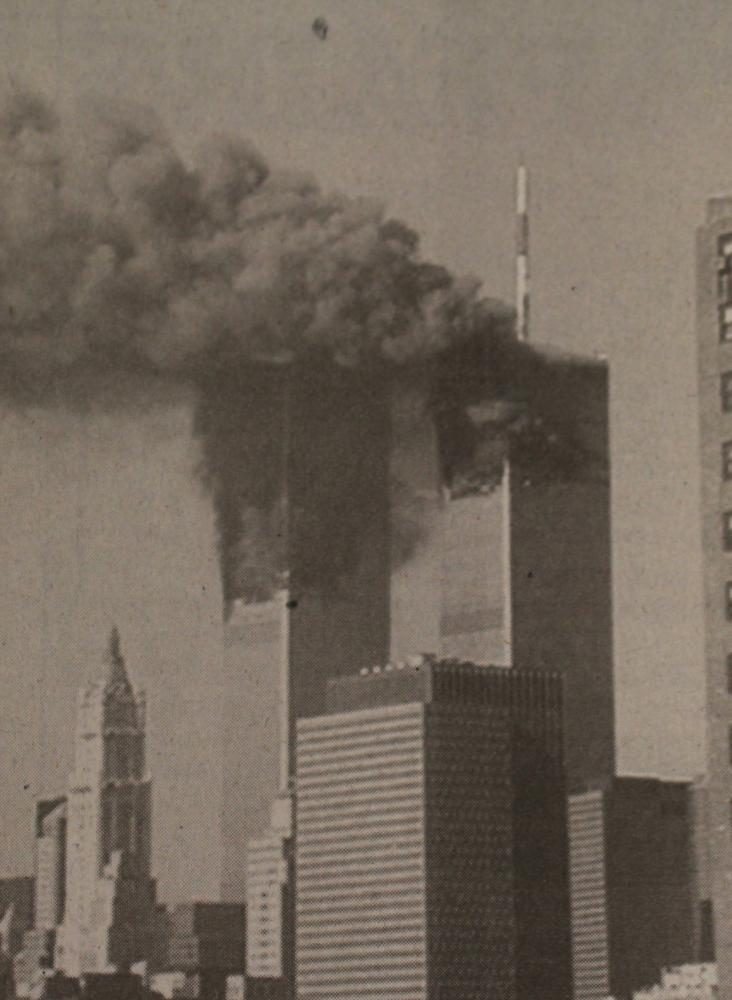 “It was scary that this happened, but the truly scary part is what will happen next,” one Oakland University student said following the terrorist attacks on the World Trade Center and Pentagon on Spet. 11, 2001.

After planes flew into the buildings, killing thousands, Oakland students found themselves in shock even though the terror was far from home.

“Knowing our president, he will blame all nations that haven’t backed us up before, and this could be the beginning of World War III,” another said.

The staff had planned an editorial about the parking problems on campus for the September 12 issue of The Oakland Post. As usual, students had complaints about university parking.

By 9:30 a.m., that idea was dropped. The student journalists scrapped everything they had and did full coverage of what had happened in New York.

Those who lived on campus gathered in prayer. Despite different races and religions, over 120 people gathered to pray and mourn.

Pastor Dan McGhee was driving back from Detroit. He heard about the terrorist attacks and came to OU to see if he could help. He helped students lead prayer, each taking turns leading the group in prayer. They were of many different faiths, not all under the Christian one.

“Somebody’s father was killed today, somebody’s sister, somebody’s brother,” said one young woman. Her goal was to share the human element behind the news coverage they had seen on the televisions.

The priest told students not to blame one particular race of people for the tragedy.

Fireside Lounge, now gone in the recent Oakland Center construction, was filled with students watching as news of the attacks in New York City came in.

Even Bumper’s Game Room, now known as the Bear Cave, had all TVs turned to the coverage.

On the 12th at noon, there was a memorial service, planned in just over 24 hours.

The Oakland Post staff has always produced its issues on Tuesday. Since the attacks on the World Trade Center and the Pentagon happened on Tuesday morning, the staff had to write seven new articles in order to bring the campus community the latest news.

Not only was it relevant, but it was all campus focused. Reporter Gayle Issa wrote a piece about how and where to donate blood in this time of crisis. Staff reached out to students to get their headshots and opinions about what the future of America, and the world, would be like following the terrorism.

Garry Russi, the then-president of Oakland University, followed in the footsteps of many other southeastern Michigan schools and had classes cancelled and buildings closed by noon.

“Our decision was made primarily for the safety of our students, faculty, and staff; until more concrete information is available about the nature and scope of the terrorist attacks out east, we did not want to take any chances with the OU community,” Russi said.

Residents were allowed to remain, however, no guests were allowed. In addition, there was still food service available to residents.

In other words, the university was in lockdown mode.

Despite the terror taking over the hearts and minds of these student reporters, they worked together to put together stories and photos, all while disregarding their planned content. Truly, an example of remarkable journalism.