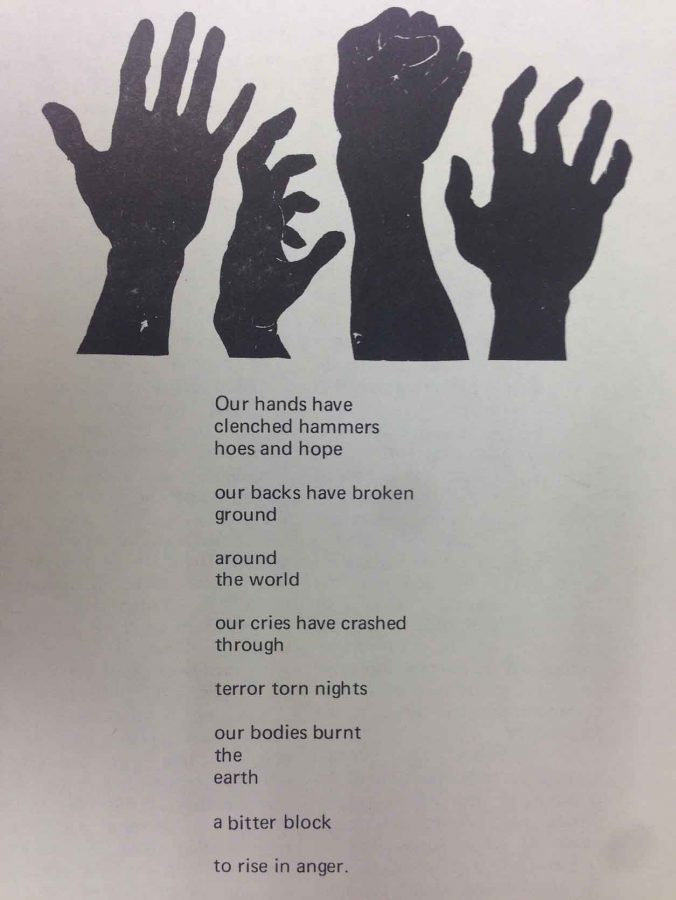 The 1968 death of Dr. Martin Luther King Jr. was discussed in an undated special edition of The Oakland Observer. The paper was put together by students, some who were part of The Observer staff and some who were not.

“The purpose of putting out this four-page paper is not merely to eulogize Dr. Martin Luther King,” the first line of the article “From a White Student (to White Students)” read. “It is an attempt to emphasize and clarify the Problem of America: racism.”

The four-page special issue directly addressed white students about what they were too afraid to do.

“ . . . his death was the result of the general attitude of a large segment of American society,” the article read. ” . . . what is at issue is that Americans have been promoting or ignoring the climate of racism which made his death inevitable. Many of those who now mourn for him never did a thing to further his cause.”

The issue contained seven original articles and two pieces of poetry published alongside King’s “Letter From Birmingham Jail” on the cover.

One article contained a list of programs for students to get involved with over the summer, ranging from the Poverty Rights Action Council to the Oakland County Volunteer Bureau.

The fall semester before King’s assassination, the Fair Housing Act of 1967 was being endorsed by the newly-formed Human Relations Council. The article said this committee was only finishing the “meager beginning(s)” of real change through the formation of the Isaac Jones Scholarship Fund.

Isaac Jones was Oakland University’s first African American graduate. He graduated in 1965 with a degree in sociology.

Jones was fatally shot in 1968, just before King was. He was killed by an attendant at a gas station on Auburn Road who did not want to service a black man.

“He stuck the gun through the window of the back door and shot him,” said Jones’ brother, Robert, who was only nine at the time of the shooting and was in the car with his brother when he was shot.

“[The attendant] said if I didn’t get off the property, he would shoot me,” Robert told the Oakland Press. ” . . . I was in the back seat . . . I had to put my foot over the console with my brother leaning on me. I drove home.”

The killer ended up being charged with first-degree murder, but pled guilty to second-degree murder and received a three-to-12 year sentence of hard labor in solitary confinement.

Following Jones’ death, a scholarship was set up in order to allow students of color from Pontiac to attend OU. Soon after, the Association of Black Students was formed in 1968.

“We as a nation have lost in this endless racist game,” said one article in the Martin Luther King Jr. special issue. “But it is not enough to simply feel bad, to express regret over what is happening.”