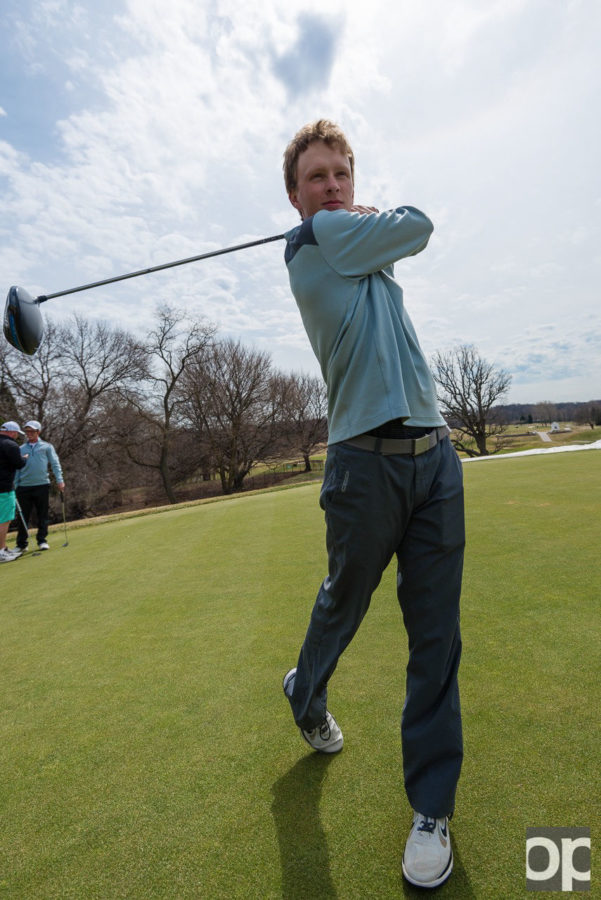 Oakland men's golf will compete in the Earl Yestingsmeier Invitational all day on April 15-16 in Muncie, Indiana.

Sophomore golfer Jake Kneen was named Oakland’s Student Athlete of the Week for the week of March 14-21.  Kneen gained his recognition from shooting a four-under-par 68 at the Bobby Nichols Intercollegiate on March 20.

“I think it’s an honor to be recognized,” Kneen said. “It’s not just me who’s getting the recognition, it’s our team for all our hard work, and I appreciate the recognition for it.”

Men’s head golf coach Mark Engel showed pride in Kneen’s award and performance on and off the course.

“I think it’s really neat because there’s 17 teams here at Oakland,” Engel said. “A lot of them have won championships so far this year, and to have one of our players recognized is nice.”

Coach knows the why behind the prize.

“Jake had a tremendous round that really was the springboard for the award. [I think the 68 was the] best of the spring for any of us, really,” Engel said. “We know that that’s in there for him. We know there’s more of them that we can pull out of there.”

Kneen is pursuing a pre-med degree in biomedical science.  The sophomore balances golf, studying and socializing while on track to be eligible for Academic All-American status, according to Engel.

Last year, Kneen was named Horizon League Freshman of the Year. He had a 75.30 stroke average.

“That was a huge confidence boost,” Kneen said.  “It really made me feel like I could hang with the guys.”

“Within the Horizon League, he’s among the elite,” Engel said, mentioning that Kneen was the first Oakland player to get conference freshman of the year. “I have had a few in my career before and that’s important.  It shows that you’ve got enough ability right away to play the coach’s confidence and all those things are good.”

Years of training have brought Kneen the success he can tote from tournament to tournament.

“I played in my first tournament when I was five years old at a local course,” Kneen said.  “It was just a little three-hole golf tournament between 5 and 8-year-olds.  I won my second tournament ever beating eight-year-olds when I was five, and I’ve played ever since then.”

The season does not stop come winter.

“I have gone to see a new swing coach over the winter, and I’m trying a few new drills and practice techniques and mental approaches,” Kneen said.  “I think that’s helped me play a little better.”

He said his game is improving little by little.

“This has become really fun for him, and he takes on just such a prideful attitude each time.” Engel said.  “He’s playing for our team and our school and wants to see us continue to do things we didn’t do.”

As Kneen develops his skills on and off the course, he keeps practice versatile, never sticking with a single tactic.

“Jake’s top line and bottom line are getting closer together and I think that’s a big plus for him,” Engel said. “Last year he was a typical freshman and really made a big improvement from the fall season to the spring season.”

The team is looking forward to watching Kneen take on more leadership next year following the graduation of three senior players.

“I think the line that somebody quoted … ‘the best thing about freshmen is that they become sophomores,’ [is] perfect for Jake,” Engel said. “He’s taken that next step.”

Kneen was joyous over the acknowledgment the team has received within the past few weeks.  He hopes that more people will begin to root for their team as the season picks up.

“I think that people should follow us more because we work hard, and still we need a good following on our live scoring during tournaments,” Kneen said.  “So I would appreciate all the support we can get and I appreciate the support we already do have.”

Oakland men’s golf will compete in the Earl Yestingsmeier Invitational all day on April 15-16 in Muncie, Indiana.