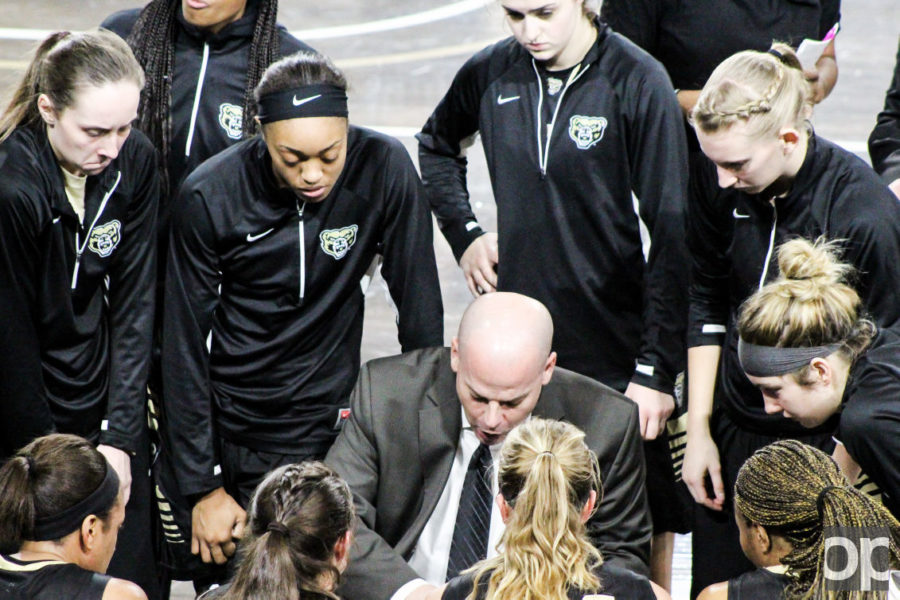 Each year, the women's basketball team goes into the summer without choosing captains, and that’s when head coach Jeff Tungate thinks leadership emerges.

Without the returning leadership of seniors Olivia Nash and Elena Popkey, the Oakland women’s basketball team is figuring out what lies ahead.

Each year, the team goes into the summer without choosing captains, and that’s when head coach Jeff Tungate thinks leadership emerges.

“We have good players coming in and we’ve had a couple that sat out this year, [and] another one that redshirted this year,” Tungate said. “So we’ve got a lot more depth going into next year, and recruiting is looking really, really promising going into next year and the year after that as well.”

He thinks there are a lot of players that have the potential to lead the team, but is going to let that develop over the summer and wait to see who those players are.

Besides the players that were welcomed to the team this past season, Tungate said the program has already signed one new player and hopes to bring in two more very soon.

“Recruiting is a process that goes on 365 days a year,” Tungate said.

Sha’Keya Graves and Hannah Little, transfers, will be able to play next year.

Tungate believes these two will be a benefit to the team because they came from winning programs.

“They know what it’s like to compete at a high level [and win],” Tungate said.

He said once the recruiting process is finalized, Oakland is going to see another group of winners.

He even thinks he has found some players that are capable of accomplishing some of the same things as All-Horizon League Freshman Team member Taylor Jones, who Tungate said has a chance to be one of the best players in the league.

“She showed what she’s capable of doing,” Tungate said of Jones. “She needs to get a little bit stronger. She needs to continue to work on her game and get a little more consistency with her outside jump shot.”

But he said there’s no question that by the time Jones leaves Oakland, there’s a good possibility she will be named Horizon League Player of the Year.

Tungate said the atmosphere at practice is different without Nash and Popkey.

“[But] it’s a chance for other players to step up. Some other people that were kind of waiting in the wings had a chance to learn from them and what they do and how they play,” Tungate said. “And now it’s their turn.”

Nash and Popkey brought a lot to the program and now the gap needs to be filled.

Depth is the biggest strength the team has, according to Tungate.

“We’re very athletic,” he said. “We can do a lot more things defensively than we’ve been able to do the last few years.”

Although the team’s defense is looking up, Tungate said it’s still something that needs to be improved because it wasn’t consistent enough to win a championship last season.

The team has shown their coach how hard they want to work, and they’re already doing something out of the ordinary.

Normally it takes a team a week or so to get back in the gym, but the players decided they didn’t want to wait that long.

“The fact that as soon as the last game ended, three days later they were in the gym and a week later we’re starting workouts,” Tungate said, “I think that shows not just one person, but as a team they’re ready for next year to come.”