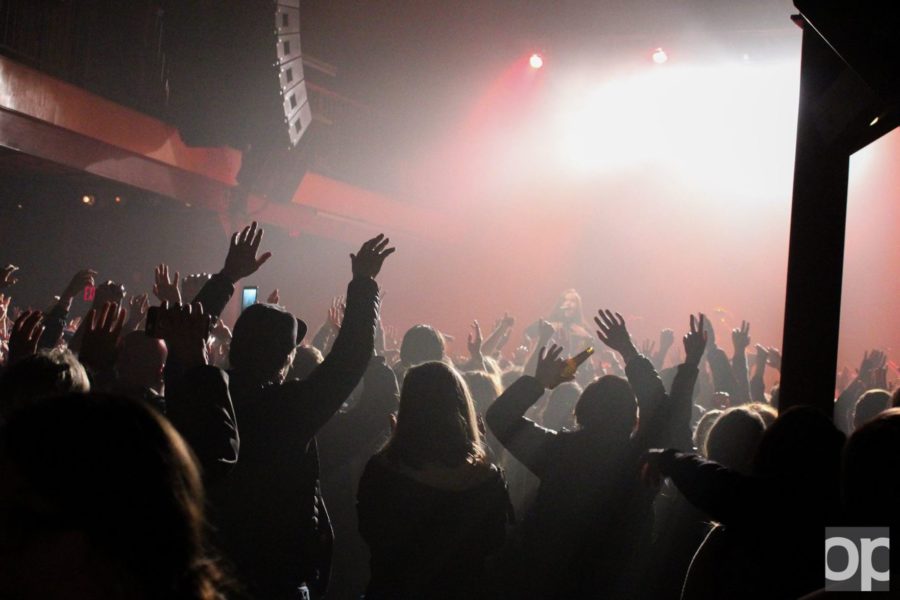 Oakland University's radio station WXOU celebrated its 50th birthday bash on March 24, 2015 at the Crofoot in Pontiac with live music from George Morris and the Gypsy Chorus, Flint Eastwood and Alvvays.

Summer has begun and the summer music scene is just heating up. With music festivals like Movement just ending and Mo Pop coming in July, there are many musical options for you to enjoy. We’ve compiled a list of a few shows in the next couple of months at three local venues. Read below for information on the venues and acts coming to play near you!

June 19 – Paul Simon. Formerly of Simon & Garfunkel, the 12-time Grammy winner is bringing his North American Tour to Michigan. His most recent solo album, “Stranger to Stranger,” will be released on June 3 and highlights his songwriting skills. According to the New York Times, Simon’s latest album is a “set of songs that crack jokes and ponder questions about love, death, spirituality, baseball, economic inequality, brain chemistry and music itself.”

July 10 – The Music of David Bowie performed by the Detroit Symphony Orchestra. Conductor Brent Havens and the DSO will celebrate the musical icon David Bowie this summer. The orchestra will cover a wide range of Bowie’s pieces with over 18 selections, performing pieces like “Space Oddity,” “Under Pressure,” “Heroes” and “Changes.” Tickets are on sale now ranging from $20 to $75.

June 6 – Aesop Rock with Rob Sonic and DJ Zone plus Homeboy Sandman and DJ Sosa. Self-proclaimed indie rap artist, Aesop Rock, released his album “The Impossible Kid” on April 29 after nearly four years without a solo release. The album proves to be an open experience into Aesop Rock’s life discussion depression, family troubles and his childhood, as he had complete creative control over the entire album. The Crofoot’s website says the album is told through with a “combination of surreal comedy and genuine tenderness as a George Sanders story.”

June 21 – Modern Baseball with Joyce Manor and Thin Lips. The Crofoot and Fusion Show partnered to present this show as part of The Holy Ghost Tour. The Philadelphia-based rock band released its third LP “Holy Ghost” in May, melding pop-punk and emo music. The emotional band creates an intimate and self-made space during concerts and for fans.

June 9 – Saint Motel at the Shelter with opening act, Coin. Saint Motel’s EP “My Type” was released in 2014 with the same-name hit single. The indie pop band originated in Los Angeles and consists of four members – AJ, Aaron, Greg and Dak.

June 16 – Birdy with opening act, Bahari. Birdy will be performing as part of the Beautiful Lies Tour, which follows the release of her third LP with the same name. With this album, the 19-year old musician reflects on her out-of-the-ordinary childhood in the limelight. The LP focuses on self-discovery and independence.