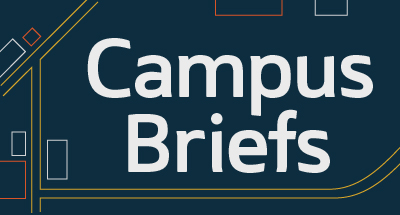 No bomb threat suspects yet, despite investigation

According to the Oakland University Police Department, the bomb threat called in on March 3 that led to the shutdown of the Oakland Center and O’Dowd Hall is being thoroughly investigated.

OUPD Lieutenant Mel Gilroy said that despite “very aggressive” efforts to uncover details about the threat, no suspects have been named. He said the investigation will continue, but it could be a long time before there are any suspects. Gilroy said if caught, the assailant could be charged with making a false threat of terrorism, which carries a maximum 20 years in prison.

“Mostly, all that we’ve got, we shared that first day when the threat was called in,” Gilroy said. “I’m not holding my breath.”

The OUPD suspects that Harry Nguyen, the 42-year-old recently arrested and subsequently banned from campus, is far away from OU.

Nguyen was arrested at a McDonald’s off campus Feb. 26 after allegedly displaying unusual threatening behavior outside Wilson Hall. OUPD later released Nguyen and no charges were filed.

According to OUPD Lieutenant Mel Gilroy, Nguyen’s records indicated that he is a frequent traveler. Gilroy said that he does not think Nguyen is a threat, but thinks OUPD was justified in making the arrest.

“Harry was peculiar enough that we thought we had to investigate further,” Gilroy said. “There were just too many open questions.”

Fliers with Nguyen’s mug shot are still posted in some buildings on campus.

Tom Schumann, executive director for the Institute for the Advancement of Nursing and Healthcare, and OU nursing administrator, said the collaboration will provide abundant real world experience for nursing students.

He said some nursing students are already taking classes in Riverview Center, and that another batch will start in Fall 2009.

OU faculty will be provide the instruction, and Dr. Barbara Penprase is the Program Director for the Accelerated Second Degree, Schumann said.

He also said St. John Health System has awarded a $ 5.3 million grant to the School of Nursing over a five year period to support the additional cost of operating at the Riverview location.

Chartwells’ director Andrew Willows said they wanted feedback from the students on Friday, and will make the changes final later this month.

The Intervarsity Christian Fellowship at OU held several events to help raise awareness about issues related to poverty last week. Lois Miller, Intervarsity staff worker, said the events were also to help students think about poverty from a spiritual perspective and to explore how God responds to the situation in the scriptures.

Miller said students donated 150 pounds of food that was given to Forgotten Harvest, volunteered at a building that’s being turned into a shelter for women from domestic violence and tried to help bring a local produce market.