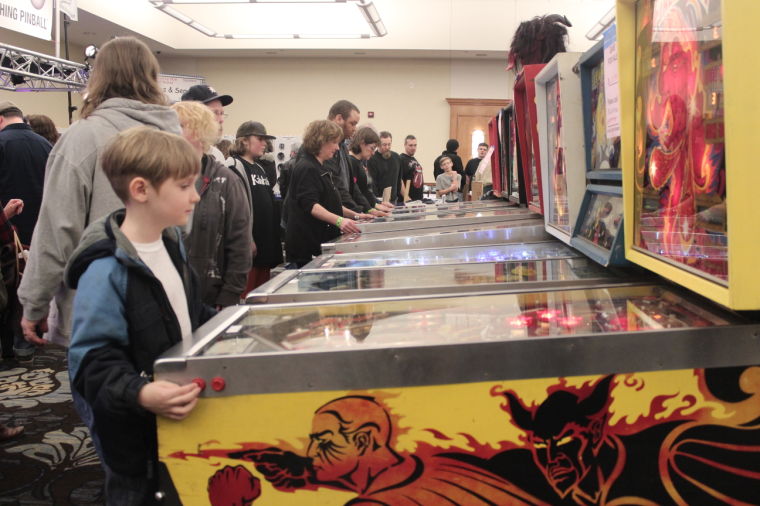 The Michigan Pinball Expo was on campus for the fourth consecutive year this past weekend.

The event, sponsored by Jersey Jack Pinball, featured more than 125 classic, new and custom pinball machines, as well as tournaments and keynote speakers.

Many people from the surrounding area came to play, but the tournaments also drew players from other states and countries as far away as Holland, Italy and Germany, according to expo members Joe Said and Amanda Grabowski.

According to Grabowski, many of the international players were among the top in their countries.

Some of the newest pinball games were on display at the expo, including the upcoming “Wizard of Oz” machine by Jersey Jack Pinball and the new “Avengers” machine by Stern Pinball, Inc.

Kosmal said his favorite machines were the “Tron: Legacy,” “Avengers” and “Iron Man” games by Stern and the “Wizard of Oz” machine by Jersey Jack.