Standing out, fitting in at Oakland University 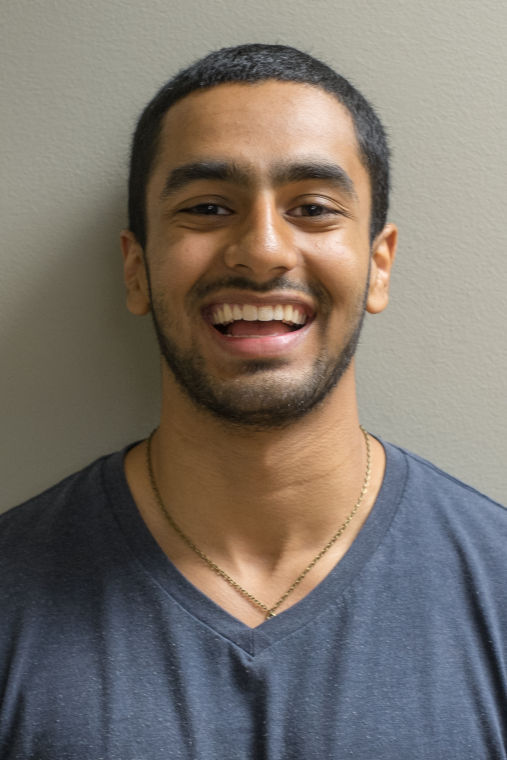 Would you rather be a big fish in a little pond or a small fish in a big pond? It’s a question that one can’t really answer unless they have experienced both. My high school was the latter. A massive new age school with so many students, where in order to have your voice heard, you needed to be a popular student who just so happened “to be at the right place at the right time.” Even then, that student voice was only a muffle in the grand scheme of the institution. It made students, such as me, feel as though it was futile to make an impact on the world around me. It made me and countless students around me feel trapped, like a little blue penguin in the zoo.

Before coming to Oakland University I decided that, with every fiber of my being, I would make sure that my life would not be led the same way. I was to make sure my destiny would be the creation of my thought, sculpted by the collegiate experiences around me. I decided that my destiny was to help people to realize their own potential

After arriving to Oakland University there was an overwhelming surge of students advertising their respective organization. There were clubs, organizations and societies from all aspects of life. The fencers swooshed their swords, the Greeks flashed their letters and WXOU blasted their music. To me, these students weren’t little blue penguins; they were emperor penguins that bled black and gold. The only problem was: To which rookery (a pack of penguins) did I belong?

I waddled from club to organizations trying to find my calling. It was through this waddling in which I found Oakland University Student Congress. To me these were the movers, shakers and leaders that led the rookery to a better home. OUSC has given me opportunities to impact and be involved with students, faculty, staff, and administration that I otherwise would not been. After three years of being a part of Student Congress, the Student Body Vice President torch has been passed down to me. With that torch comes the responsibility to be the big fish in the little pond and to make sure that the student body will be lead on a successful and bountiful march. #penguin #metaphors #4lyfe