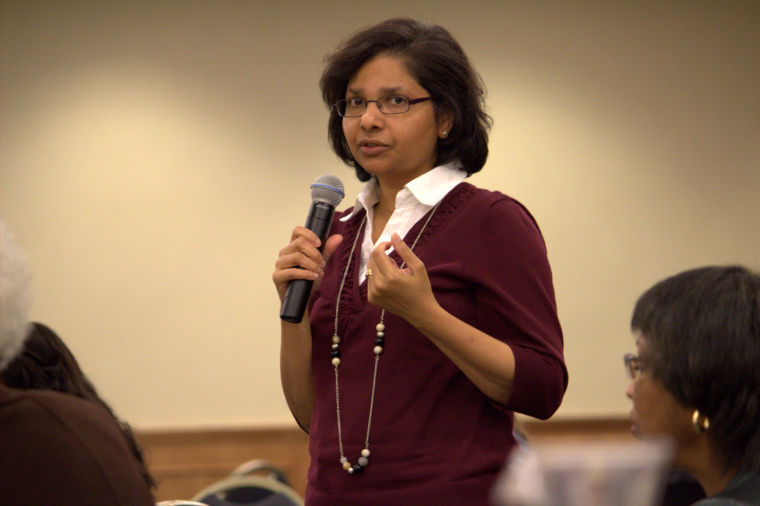 Oakland University and Interim President Betty Youngblood held a town hall meeting Monday, Oct. 28 to discuss the results of the Climate Survey, which gauged diversity on campus among faculty, staff and students.

Youngblood said the survey was intended to help steer OU toward becoming a more welcoming environment to as many as possible.

Patricia Dolly, Senior Advisor to the President for Diversity, Equity and Inclusion, was in charge of assembling the survey, which included Doctors Linda Owens and Sowmya Anand of the University of Illinois.

According to Owen, the survey was offered to students, faculty and staff via email, which led to an anonymous link.

“Anyone could click on it,” Owens said. “It’s not tied to your personal email.”

“The faculty, staff and student groups have overall climate scores of 3.5, 3.6 and 3.7, respectively, on a scale where one is least favorable and five is most favorable,” the executive summary of the study reads.

Roughly 6.9 percent of the student body participated in the survey, while 34.7 percent of staff and 13.6 percent of faculty responded, for a total of 9.2 percent of OU’s population.

According to Owens and Anand, the school’s 3.6 climate rating places it squarely average with similarly-sized schools.

Owens said attempts were made to “weight” underrepresented segments of the student population, in order to more accurately reflect the demographic makeup at OU.

Students rated Oakland University above 3.5 in regards to “Belongingness and Personal Identity,” and also gave the school above-average marks in regards to “Respect for Diversity” and “Academic Support.”

Faculty, however, gave a 2.6 score when it came to being able to voice concerns without fear of negative consequences. Staff gave a 2.7 score in the same department.

Members of the OU community were then invited to voice their concerns about diversity and the climate, ranging from gender-neutral bathrooms to age discrimination.

According to Owens and Sowmya, future studies and focus groups will be conducted to help improve campus diversity.

The full report can be viewed at www.oakland.edu/diversity.