Tune in, chill out: An interview with WXOU’s promotions director, news director 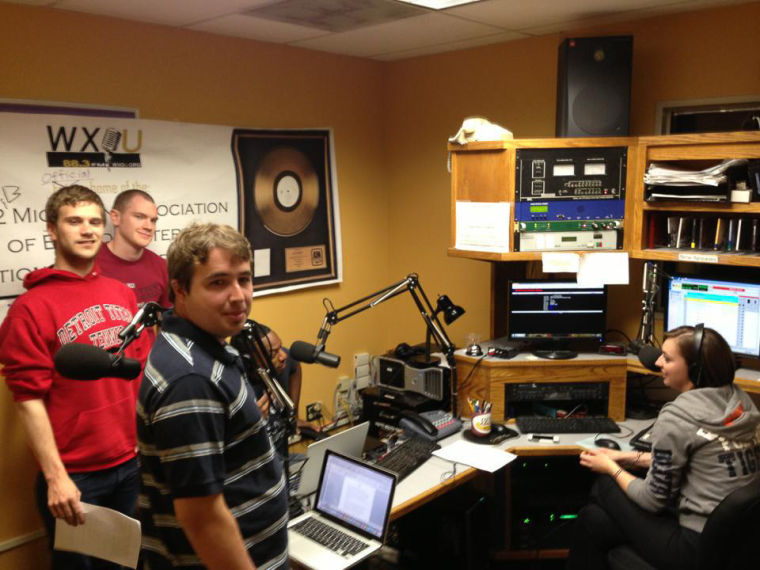 WXOU breaks up the monotony of everyday life, according to

Students can hear Oakland’s award-winning college radio station, WXOU, echoing in the first-floor basement hallway of the Oakland Center, stream it online or tune-in at 88.3 on the FM dial.

“We are innovators of creative content,” said Scott Hunter, WXOU promotions director. “We wish to have a great time, and make you smile during your walk through the OC.”

Barthold sat down with the Post to talk about why her job, on the inside of the station, makes her smile.

What shows do you anchor and when do they air?

Bathold:  “I host two shows. The first is ‘WXOU News’ on Fridays from noon to 1 p.m., and the second is my own show ‘The Loreo Show’ on Monday afternoons from 1-2 p.m. I also co-host ‘The Flannel’ with another coworker on Monday evenings, from 5-6 p.m.”

What do you cover on your shows?

B: “On ‘WXOU News’ my team and I discuss campus, local and national/political news, as well as events that are happening in the area that weekend. ‘The Loreo Show’ is mostly a music show with some talk. I play throwback songs from the 80s, 90s and early 2000s. ‘The Flannel’ is mostly a talk show with some music. We talk about things going on in our lives and soft news stories.”

Do you have a favorite anchor in the local area or on any radio station?

B: “I am a big fan of Lauren Podell from Channel 4 – WDIV. Not only is she great at what she does, but she also graduated from Oakland University. She even had her own show on WXOU.”

Do you plan a career in radio?

B: “I entered college with plans to become a television broadcast journalist.  However, now that I have gotten really involved with the station, I would be happy doing either television or radio.”

What would be a dream job for you?

B: “A local television broadcast journalist or morning radio show host. Most people would love to leave Michigan, but my hope is to stay right here.”

What is your favorite thing about working for WXOU?

B: “The experience that I have gained in my short time of working at the station has been tremendous. I essentially have my dream job, just on a much smaller scale.”

The station encourages students to get involved in many ways, aside from simply tuning in to listen.

“Just come in, swing by the station,” Hunter said. “Hang out. Get to know us. Fill out an app to be on air. Help us hang flyers. We have lots of jobs that you can help out with. Come in and ask, or send us an email at [email protected] Either way, we want to meet you.”