Mouthing Off: The war on Halloween 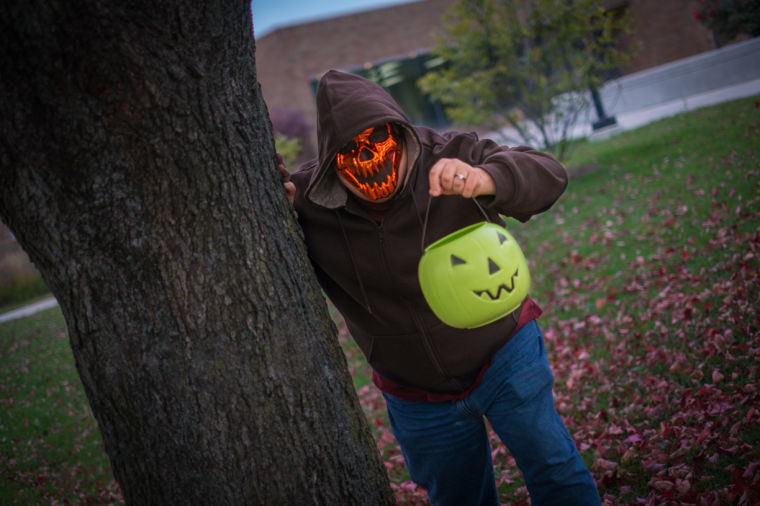 Now just where are you going with that costume on, young’un? Don’t you know there’s a war on?

That’s right. While Bill O’Reilly gets all chapped every year about the “war on Christmas,” nobody ever mentions the war on Halloween.

Halloween used to be awesome for kids. The entire neighborhood would be decorated. A young Brian and his brother would spend weeks putting together costumes, all for one glorious night of free candy and masquerading.

Neighbors would jump out from behind bushes and scare us, and we’d come home with enough sugar to make a dentist weep.

Don’t get me wrong. There’s still a Halloween, Virginia. It’s just been dulled by anti-Halloween jerks.

I remember putting together the perfect Casey Jones costume, only for 99 percent of adults to think I was Jason Voorhees. After getting loads of candy in my bag, my mother drove my brother and I to the police station to have a metal detector waved over our candy bags.

They would take anything wrapped in a foil wrapper. My precious peanut butter cups and a few candy bars were gone with one swipe of an officer’s hand.

Why did my candy have to go into a bin? Because the metal detector can’t tell the difference between aluminum foil and a razor blade, said the nice man with the badge.

There have always been rumors of “Halloween Sadism,” the polite term for kids receiving tampered treats, where some anti-fun busybodies would always spread the message. “Your kid is going to get razors in his apples, or candy injected with LSD.”

Some people spread these rumors because they believe they’re saving kids’ souls from “The Devil’s Holiday.”

They should look elsewhere in their books to see that part about not bearing false witness. I’m pretty sure that’s pretty high up on a list with nine other things you shouldn’t do.

To date, there have been zero substantiated cases of kids receiving tampered treats from strangers on Halloween. There have been a few reported cases, Best said, but further investigation showed every single one of the kids were injured in some other way. Halloween just happened to take the rap.

You have a bigger chance of being in a head-on airplane collision, getting hit by lightning on your way down, landing in a shark’s mouth and then having that shark get hit by a second bolt of lightning – all while holding a winning Lotto ticket (my apologies if this is how any of your friends or relatives died).

Halloween is full of playful scares, not too many real ones. The nephews, nieces, siblings and all other children in your life are safe. Don’t let a few rotten caramel apples spoil the entire bag of candy.

So put those costumes on your little dudes and dudettes. The candy might only last a week, but the memories will last a lifetime. You wouldn’t rob kids of some all-American fun, would you?