It’s hard out there for a punk 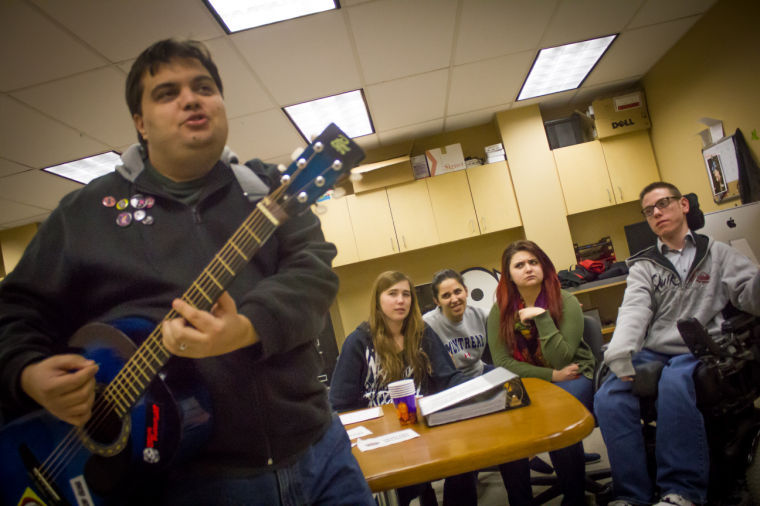 It’s not easy being the punk rock king of Oakland University.

Whether I’m in class, on the radio or at my internship, nobody pays me the fealty I’m owed. Nobody stops to notice they’re in the presence of greatness.

They don’t even recognize that they’re sitting with the Baron of the Barre Chord. The Duke of the Downstroke. The Count of 1-2-3-4.

That’s me. Pleased to meet you.

Sure, some might look at me and see just a harmless braggart, more than just a bit on the stout side. But let me assure you that my punk rock credentials are in order.

I have driven to strange places with tenuous electrical connections, played my guts out to an uninterested crowd and left without being paid. I have recorded entire albums in a musty garage on a four-track recorder, on a guitar that cost less than $150.

And I have yet to meet a kindred spirit at Oakland University. When I came here a couple years ago, I had high expectations for finding a new punk rock scene to call home. After all this time, I’m beginning to wonder if I’m the last of a dying breed.

Sure, I see people wearing spiked leather clothing all the time. But that’s because they were told to wear that stuff, presumably by some auto-tuned pop star whose breakfast costs more than my annual income.

Worse yet, they could be goths or emos – or “scene kids” (Henry Rollins, please deliver me from scene kids).

It’s hard out there for a punk. When I get all excited because one of my favorite bands is playing a show in the area, none of my friends know who I’m talking about.

Last year I saw Thee Trash Brats play their 25th anniversary show. I was blown away by how awesome it was – my brother and I were huge supporters of them “back in the day.”

But when I got back to OU, I had to explain just who Thee Trash Brats were. They’re only one of Detroit’s greatest bands, woefully underrated outside of this region.

And you know what else? Three years down and I still can’t seem to find bandmates in this area. It seems that everyone is either too busy with life, or they’d rather listen to overproduced top-40 album, pre-approved by corporate radio.

I want to talk with my friends about Jello Biafra’s new band, or speculate on the real identities of Masked Intruder. Everyone wants to have conversations about what some country star’s pampered daughter did on MTV.

I can’t be the only punk rocker left at OU. I refuse to believe I am.

So I’m calling you out, fellow punks. Yes, you, the one reading this article with a sneer, saying, “I’m punker than that guy.” Prove it.

Let’s start a band, or make a ‘zine. I’ve even got the perfect idea for a genre: Grizzcore. All of our songs could be about bears.