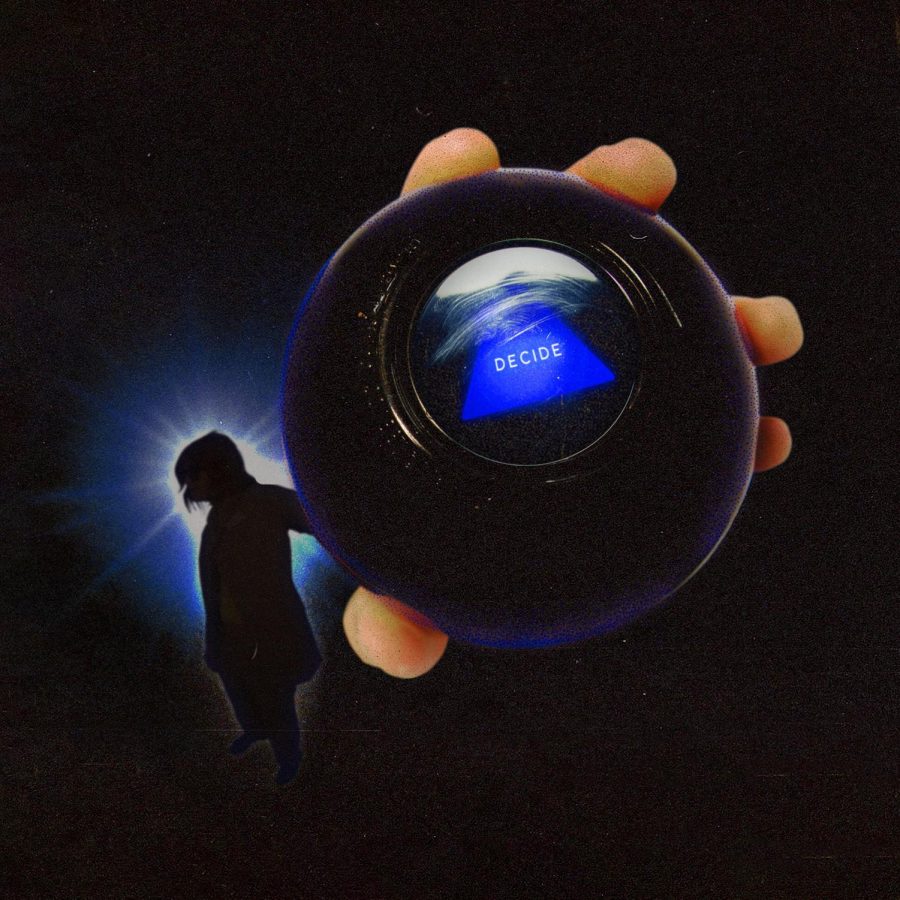 From four seasons of Stranger Things to the wall to wall fan edits taking over your TikTok ‘For You’ page (just me?), it’s likely Joe Keery of Steve Harrington fame is somewhere on your radar. When not battling fictional monsters, Keery busies himself with alternative music project Djo, which dropped sophomore album “DECIDE,” on Sept. 16 — if you don’t know, now you know.

Thematically, the release explores feelings of disillusionment borne from existing within a society so hopelessly chained to social media and influenced by the parasocial relationships it introduces us to. Tracks like “Half Life,” expose these relationships for all they’re worth, wallowing over the emptiness that comes with seeking validation from those who only know that postable version of yourself and likening it to living half an existence.

“On and On” explores a similar vein of algorithm-borne blues. A lyrical standout on the album, this track points out the tendency of social media to desensitize us to real human tragedy — “say a prayer, light a digital candle and then scroll away,” Keery muses, as an intoxicating cacophony of rumbling guitars and eerie voicemail-shaded vocals send the song into apocalyptic terrain.

This album successfully undercuts life’s toughest questions with the grooviest of backdrops. From recent single, “Gloom,” and its humorous, stream-of-consciousness lyricism to the stacked falsettos and trippy guitars that make up “Fool,” to the dizzying bass that drives “I Want Your Video,” so many of this album’s high points exist on a whole new plane of funk — occasionally in a bitingly tongue-in-cheek manner, and other times with an airy sincerity that leaves you floating through space.

From somewhere just outside the psychedelics, the album explores the aches and pains that stem from nostalgia, breaking from the more electronic influences decorating the rest of the album to reach for what was with a rawer, winding instrumental à la Mac DeMarco’s spaciest synths.

On sources of inspiration for this latest effort, Keery cited the frontman of the aforementioned new wave wave-making Talking Heads as a central muse.

“[David Byrne’s] gusto and his freedom was something that I was trying to [emulate,]” Keery told W Magazine. “Also Devo, after the fact, but that leaked in there.”

The moniker “Djo,” pronounced “Joe,” originated as a tactic to set the project apart from Keery’s other, better known work — and understanding this desire of his makes those aching confessions of nostalgia for simpler times all the more poignant. Over time, Keery’s efforts to distinct his music from his other work have gradually bred a quirky persona to match the project’s unconventional spirit.

“It was a way to disassociate the music from that and try to allow people to listen to it with an open mind, and what it’s evolved into is this character,” Keery told W Magazine of his mustache-d, big haired and big sunglasses-donning alter ego.

If you know this artist for his other work or if you don’t, it’s irrelevant to what will keep you coming back to this album. What Keery accomplishes with this release is everything your average enjoyer of the 80’s revival has been craving and then some — it’s witty and smart, sulky and joyful, electrifying and commiserating, all at once.