‘Do Revenge:’ Do not let the bad grammar fool you 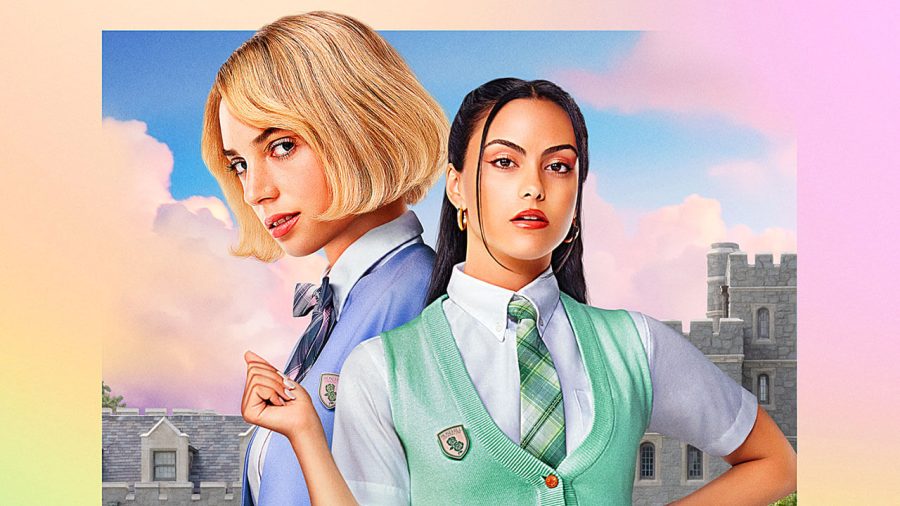 Last week, Netflix released a new teenage dark comedy entitled “Do Revenge” starring Camila Mendes and Maya Hawke, of respective “Riverdale” and “Stranger Things” fame. Just from that pairing of modern teen TV royalty alone, I could tell that this movie was going to be something special.

The film follows Drea (Mendes) and Eleanor (Hawke) as they secretly team up to get revenge on one another’s enemies to avoid detection, a modern twist on Alfred Hitchcock’s “Strangers on a Train.”

While the tone of the film feels so fresh, it harkens back to the prolific late 1990’s, early 2000’s teen comedy formula of taking a twist on a classic — which produced iconic films like “Easy A” based on Nathaniel Hawthorne’s The Scarlet Letter, “10 Things I Hate About You” based on Shakespeare’s The Taming of the Shrew and “Clueless” based on Jane Austin’s Emma, to name a few.

Given the darkly comedic nature of this film, it comes with its surprising twists which I will do my best not to spoil, because each one has such a genuinely satisfying payoff.

From the opening party scene, the cast was already a who’s who of young Hollywood. Each pan to a new character felt like a celebrity guest star’s entrance on a long running sitcom, so when the crowd parted and usually geeky Austin Abrams (Euphoria) appeared as the school’s it boy, I was on my feet.

I love that awkward man, and I was not ready to see him with a spray tan and wearing pastels, but I digress.

Director Jennifer Kaytin Robinson and screenwriter Celeste Ballard set the film off on a perfect note with an established aesthetic and tight script that they maintained throughout the entirety of the film.

The soundtrack, put together by Este Haim, was also amazing, elevating the vibe of the film to a whole different level. Whoever edited in that little harpsichord twinkle when 90’s icon Sarah Michelle Gellar was revealed to be the school’s headmaster deserves a raise. I think that was the moment I realized what I really liked most about this film: it recognizes its influences and tropes from the past, yet knows when to flip them on their heads.

From the obligatory “Clueless” makeover scene — where Eleanor calls out that “it feels so problematic,” to which Drea responds, “it is, but it’s fun!” — to the very obviously “10 Things I Hate About You” inspired paint fight date, the film is self aware enough to make fun of itself, but knows when to lean into tropes that work.

The comedy in the film also benefited from this self awareness by making often cringey and overplayed Gen Z humor feel natural and authentic, and the thematic critiques of subjects like the patriarchy and internalized misogyny gave the film substance to stand on.

The perfect description of Austin Abrams’ Max as “the ultimate manic pixie dream boy with a meticulously curated persona” was so direct yet felt so right. Don’t let the painted nails fool you — that man is not a feminist.

I will also never not be thinking about the almost soft sand-ness of Hawke’s delivery of the line, “I just wanna eat my lunch on her shattered ego,” followed by Mendes’ genuinely empathetic, “I love that for you.” That’s my type of comedy.

Even though the ending pretty much confirmed that I figured out the twist from about 30 minutes in because all of these characters were mad suspicious, I thoroughly enjoyed the candy colored ride.

To quote my notes app entry upon finishing this film, “This movie kind of feels like a classic.”