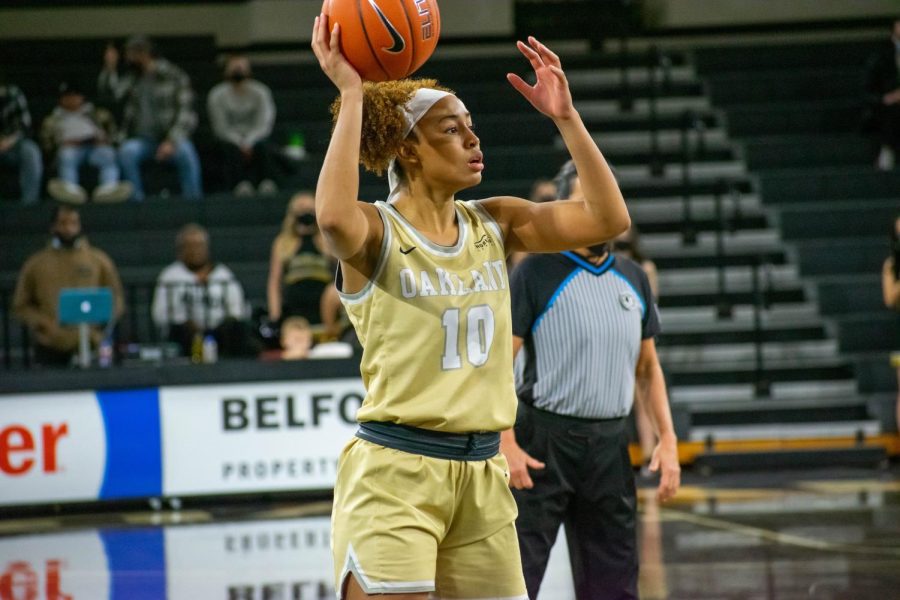 An overachiever is an understatement for Breanne Beatty. She’s got game, and how well she manages her student-athlete lifestyle is top-tier.

Women’s basketball guard, Breanne Beatty, is a senior majoring in elementary education with an endorsement in language arts. She has an aspiration to become a special education teacher.

Growing up in Columbus, Ohio, her parents put her into a lot of different sports. She played soccer and ran track for the majority of her life. Basketball became instinctive and second nature.

Beatty is motivated by her “why” in life.

“I think I have a lot of little whys, really what motivates me is just competitiveness. I’ve always been that way, everything I do is competitive. Competitiveness drives me,” Beatty said.

She loves to put in work, getting extra hours in at the gym outside of practice to be the best player that she can be. Beatty’s pregame consists of her showing up two hours early before tip off, putting up some shots before it’s game time. She has a vision, she’s gritty, always wanting to improve and be better to contribute to her team’s success. Her short term goals have a lot to do with what she wants to see happen this basketball season.

From her exceptional hustle plays to locking up on defense, she is a well-rounded player that can give you whatever is needed throughout the game. Those skills are priceless. Basketball is a game that undoubtedly requires collaboration.

“My team and I have a lot of respect for each other which is important,” she said.

Beatty has racked up so much during her basketball career here at OU, being named All-Tournament Team this past season to receiving The Women’s President award, which is a leadership award and flourishing not only in basketball but in the classroom as well. Managing her athletic responsibilities and academics, she strives to dedicate as many hours as needed to school as well. Beatty’s advice to a future Grizzly is:

“Have a lot of patience, grades always go first, and just put in that work. You know the parties and stuff will always be there, there’s always going to be something going on, but you know, prioritizing my work first always helped me keep everything organized. I’m kind of a perfectionist, so I care about the quality of my work.” she said.

Her dedication to the game and academics is unmatched, and she isn’t done yet. Beatty plans on getting her master’s degree here at OU and is eligible for another year of basketball after the 2022-2023 season, but for now, she’s looking forward to this upcoming season and putting the Grizzlies on the map.