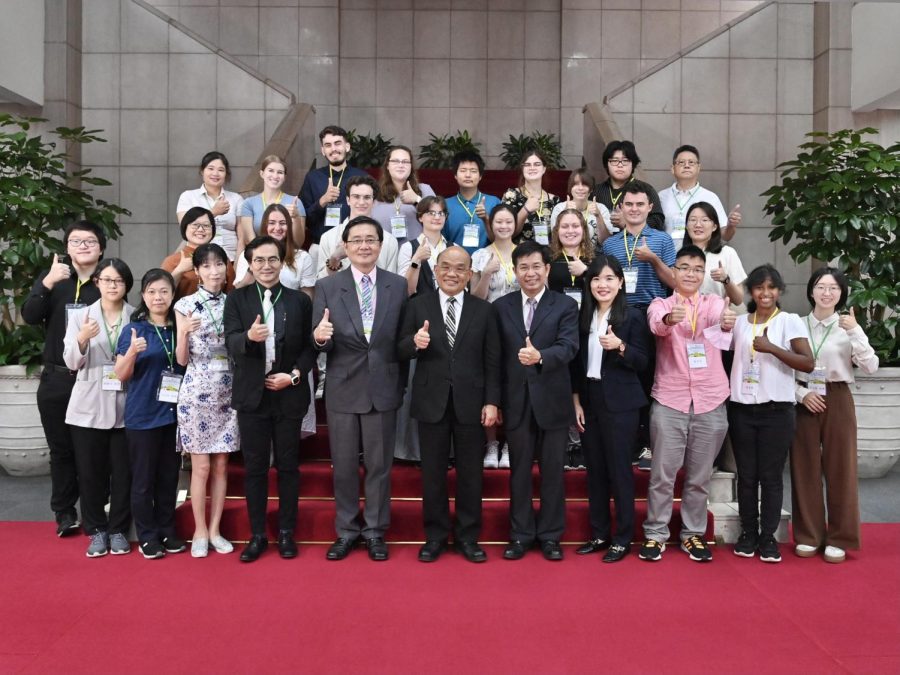 This past summer, 15 Oakland University students embarked on the school’s first study abroad trip to Taiwan.

This program is the product of collaboration between OU and Taiwan’s National Dong Hwa University (NDHU), and was established through a $100,000 grant provided by the Taiwanese government.

After traveling to the island and enduring a mandatory two week quarantine period in May, students began taking classes centered around Taiwanese culture and the Mandarin language. Multiple class levels were offered — some participants had never participated in Chinese studies and enrolled in the beginner level courses, while those more experienced jumped into courses that explored Taiwanese culture and history through fluent Mandarin usage in the classroom.

“The classes were really nice,” senior accounting major Molly Siglin, one of three beginner level students on the trip, said. “[We were] able to learn the bare necessities. [Our professor] was able to tell us how to order so when you go out for dinner, you know how — stuff like that.”

Students stayed in Hualien, where they were exposed to many facets of everyday Taiwanese life that strayed far from the realities of living in Michigan — from a view that seemed to feature mountains every which way to a public transportation system with convenience and accessibility that made exploring the island a breeze.

Senior integrative studies major Jenna Rubley was particularly impacted by the welcoming attitudes of the prominent Aboriginal population within Hualien. She fondly reflects on a trip NDHU planned which allowed students to partake in an indigenous harvest festival, engaging in song and dance with the natives.

“[There is] definitely a community kind of sense to everything,” Rubley said. “[…] Over in Taiwan, everyone’s so happy and overjoyed to see you as a foreigner.”

The program coincided with Speaker Nancy Pelosi’s historic visit to Taiwan — as well as the retaliatory live-fire military drills from China that followed. This meant that in addition to cultural experiences and warm hospitality, OU students got to witness some of the heavy political realities facing the nation.

“It’s certainly remarkable that our students had the opportunity to witness some historical events while in Taiwan,” program director and OU Chinese Studies professor Melanie Chang said. “[…] I hope these events will inspire our students to learn more about the history of China and Taiwan and the relationship among China, Taiwan, and the United States. I hope my students will form their own opinions — not just based on a few minutes of news clips, but after sincere studying and critical thinking.”

Chang reflected on the many frantic reactions parents of participating students had in response to China’s drills. Senior applied statistics major Jason Gierman’s parents were among this group, and he recalls finding reassurance for them in the sustained calmness demonstrated by natives.

“Everyone here [was] like, ‘oh, this happens all the time, there’s nothing to worry about,’” Gierman said. “Hearing the locals not care too much really set me at ease, and I relayed that back to my family.”

Rubley shared similar sentiments, reflecting on feeling empowered by the resiliency exhibited by the Taiwanese in the face of such demonstrations.

“I know a lot of people would go to the ocean side and watch the missiles be shot down like it was a firework show,” Rubley joked. “Taiwan has been like this for [decades] —they are used to this. They deal with a lot of threats from China, but they have ways to cope.”

Shortly following Pelosi’s visit and the subsequent demonstration of international tensions, students ventured to Taiwan’s capital, Taipei, themselves. They were welcomed to the Executive Yuan — the nation’s executive branch of government — by Premier Su Tseng-chang and Minister of Education Pan Wen-chung.

“[Premier Su] gave us a lot of words of encouragement — saying, ‘thank you for coming to Taiwan, taking this opportunity to see all it has to offer,’” Rubley said. “I think that was more encouraging and heartwarming than anything else. He recognized how crazy this journey was, how crazy it was learning Mandarin in a whole different country, […] and he wanted to hear about our problems and any feedback we had to make the program better.”

Dr. Chiaoning Su, Taiwanese native and associate professor within OU’s Department of Communication, Journalism and Public Relations, has played a strong part in advancing student awareness and relations with Taiwanese culture. She was present for the students’ trip to the Executive Yuan, and has high hopes for the consequences of this trip.

“I hope students came to witness and admire the resilience and calmness expressed by Taiwanese people — even under aggressive intimidation,” Su said. “Furthermore, I hope they see Taiwan as a vibrant democracy and successful economy, yet also understand that it needs more international support to sustain its way of life.”