Movies and TV shows to get you in the fall spirit 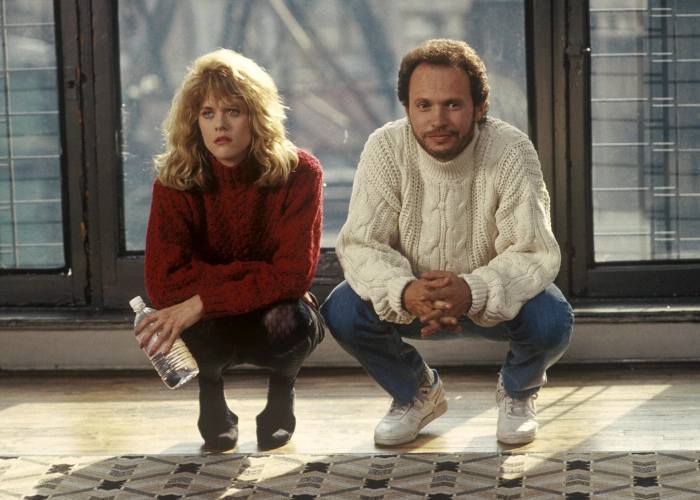 As someone who basically spends their summers waiting for fall to begin, September 1st felt like a holiday to me — my cue to break out the cable knit sweaters, even though it’s still 70 degrees outside. I can’t help it — my mindset has shifted and I have already fallen deep down the rabbit hole that is fall.

So for my fellow fall obsessives out there, here is a list of movies and TV shows to oversaturate your minds with while you wait for the weather to finally catch up to your Pinterest boards.

It’s only appropriate to start off with the iconic piece of media that is Gilmore Girls, a show whose setting always smells of fall even when it tries to convince you that an episode is set in “summer.” (The wardrobe hasn’t changed!)

Gilmore Girls is the embodiment of fall and the back to school season. My yearly rewatch never fails to manipulate me into at least starting the year off as a Rory Gilmore type by convincing myself that studying is fun and cozy.

Gilmore Girls is so enjoyable because it was made back when a show’s seasonal episode count was pushing 30, and most of the episodes consist of the mother daughter duo simply drinking coffee as they walk around their charming “Stars Hollow” while pounding out pop culture references — my specialty.

Of course I would include a romcom on this list, because fall is where romcoms undoubtedly come into their prime. The movie poster alone for this masterpiece should be preserved in the National Archives.

Set in New York City in the late 1980’s, the whole movie is just dripping in the nostalgic era of turtlenecks, plaid blazers and Meg Ryan’s impeccable take on menswear. Long walks through the fallen leaves of Central Park and a script full of playful banter? Sign me up.

If anyone out there knows that exact white cable knit sweater that Billy Crystal wears for max one scene, we share a mind.

The feeling I got after watching Greta Gerwig’s 2019 rendition of Little Women for the first time was like no other. It energized me in a way that rarely happens when I watch films, and I honestly think I owe Greta Gerwig my life for this beautifully crafted period piece.

The emotionally devastating proposal scene between Saoirse Ronan’s Jo and Timothée Chalamet’s Laurie taking place in a clearing of the green rolling hills of New England all while soaked in the amber light of the autumn trees was especially made for me, and so was Chalamet’s billowy blouse.

The costumes, sets, locations, actors and soundtrack blend together into a truly all encompassing world that you want to step right into — just for a second, though, because this was the 19th century and I like my rights.

These three pieces of media are the best stepping stones I can offer on your journey into the world of fall — but definitely check out Knives Out for another good cable knit sweater, this time on Chris Evans.