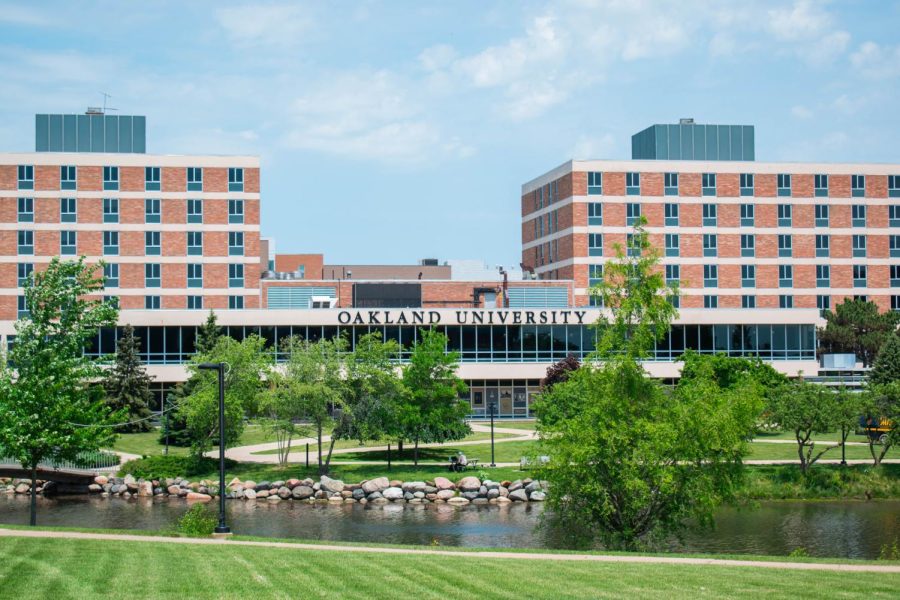 A view of OU's campus.

School shopping, moving onto campus or even commuting from home – these are just some of the ways students are preparing for the new school year at Oakland University.

Freshman Joey Russell says he is looking forward to meeting new people, having fun and hoping to join clubs as the school year goes on.

“I’ve had a few [clubs] in mind, like mock trials, if that’s running this year I definitely want to try that,” Russell said.

Russell also has a job on campus, like 70% of students who work while attending college, according to a 2018 study done by Georgetown University’s Center on Education and the Workforce.

“I work at Meadowbrook Hall, like setting up and taking down events,” he said.

Sophomore Sydney Maben, a nursing major, decided to attend OU when she realized the program had much to offer.

“Nursing is something that I had been looking forward to doing ever since middle school, and so when I heard that they were the best place for me to go curriculum wise, financially, it really sold it for me,” Maben said.

She is looking forward to increasing her study habits this year, saying that her freshman year last year was a trial run.

“Knowing what I know now, I can progress better this year,” she said.

Junior Rachel Sarles, a musical theater major, decided to become an OU student when she realized the university offered significant financial incentives compared to other universities.

“Oakland offered me the most scholarships and financial aid in comparison to the other musical theater programs that accepted me,” Sarles said.

Sarles says it can be difficult to find clubs and activities that work around her class and rehearsal times. There is one thing that she hopes to fit into her schedule, however.

“I do plan on attending classes at the [recreation] center,” she said.

Senior Alexa Marrogy commutes to OU because it’s in close proximity to her house, along with 87% of students who drive to campus according to the fall 2021 student population.

An OU student since her freshman year, Marrogy has found her perfect spot to study on campus.

“The third floor at the library, it’s quiet, and I can get my work done,” she said.

With the exception of the Graham Health Center (GHC) and the COVID-19 testing site in the Oakland Center (OC), the fall 2022 semester is the first semester since the beginning of the COVID-19 pandemic without any major mask requirements.

Sarles believes it is far too soon to eliminate such mandates.

“I think OU, like the rest of Michigan’s public universities, has elected to treat COVID-19 as a common cold,” Sarles said. “The pandemic is far from over, but the university is attempting to force normalcy in an attempt to rebuild what they lost, financially and socially, over the past two and a half years.”

Maben however, believes OU is in a comfortable position.

“I don’t really hear many stories of people being sick or having outbreaks like that,” Maben said.  “When things were a little more heavier, as far as the numbers of COVID being high, the mandates to have masks on in the building and things of that nature — I appreciated that.”