Mouthing Off: The Wrath of Hercules 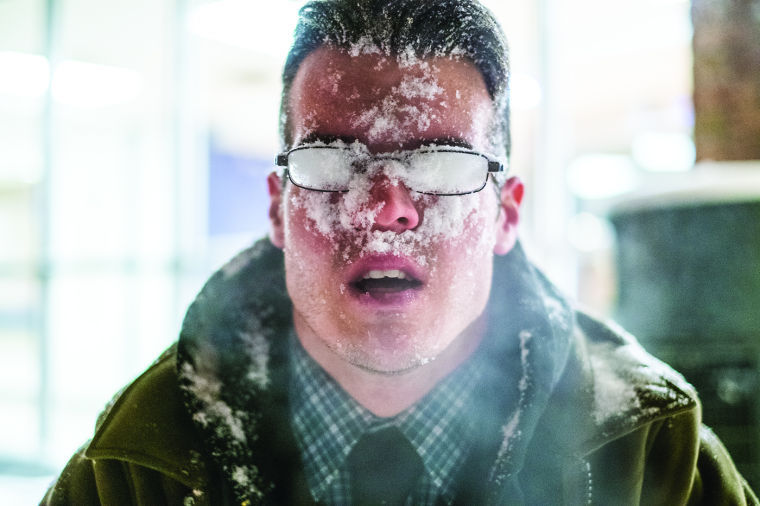 Welcome back to class, Grizzlies.Yes, 2014 arrived and brought a demonic snow catastrophe and subzero temperatures.

Some are calling it a polar vortex. Some have vowed it to be the great Roland Emmerich comeback film. Some have already casted Jake Gyllenhaal as the lead for “Snowpocalypse 2: The Night Before The Day After Tomorrow.”

Call it whatever you want, as we’re all kind of meteorologists in that, as undergrads, our degrees are nonexistent in relation to our jobs. I call it…

It seems that most of metro Detroit anticipated a standstill. Grocery stores’ shelves were practically raided clean of milk, eggs and bread, like this storm would include a hibernation of my real father proportions.

Yes, Oakland University canceled Monday’s classes on Sunday. As if you were planning on actually coming to class anyway.

And then on top of that, OU canceled the second day of the semester due to the bitter chill of negative degree weather! Two snow days? Unprecedented!

Back on point, I wanted to stock up for the coming storm. Meijer was like Black Friday for the paranoid cryophobic, which I never knew was a reasonable term for so many people, or was a term before I used Google 20 seconds ago.

I stocked up on cereal, because frankly, seven boxes of Cheerios in the basement-turned-blizzard bomb shelter never makes sense. Why was I so fretful?

But, I think we all need to chill out. There will be no plow pushing frozen corpses into burial pits. There’ll be a day after tomorrow. It’ll be playing on TBS.