“Along for the Ride” is lacking cowboys 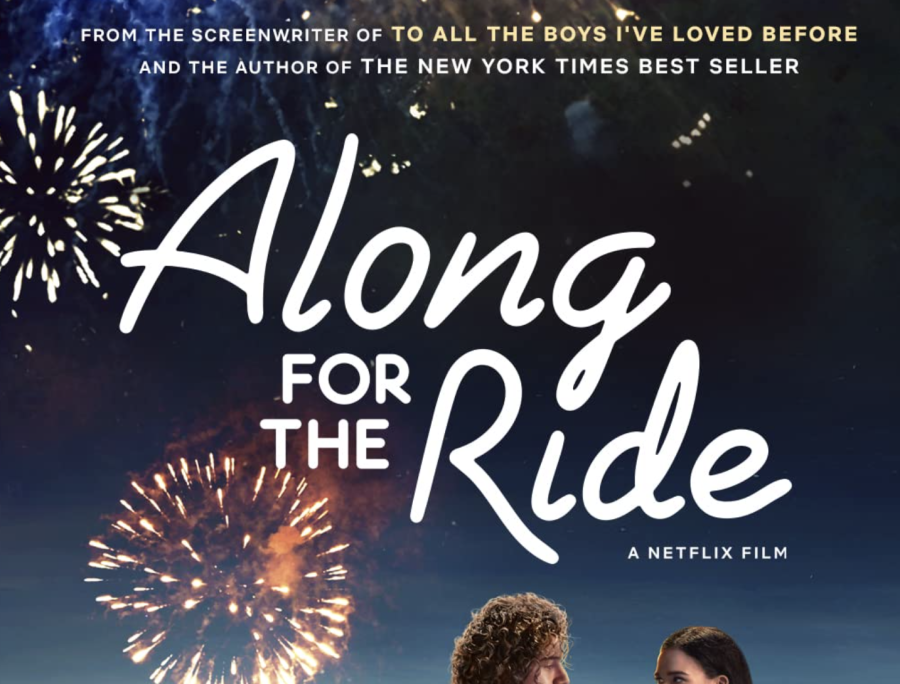 "Along for the Ride" is available on Netflix.

In my latest quest to find a rom-com fix in the same vein as the art piece that is “Safe Haven,” I stumbled upon the movie “Along for the Ride.” It had just arrived on Netflix, and while it didn’t star Josh Duhamel, I was intrigued.

I also thought it would be like a cowboy movie because of the title, but that fully did not happen. I was left waiting for Britt Robertson to walk out “The Longest Ride” style.

The film adaptation of Sarah Dessen’s 2009 novel of the same name toted a synopsis that felt like the perfect mix:

“During the summer before college, Auden meets the mysterious Eli, a fellow insomniac. While the seaside town of Colby sleeps, the two embark on nightly quests to help Auden experience the fun, carefree life she never knew she wanted.”

I was definitely the target demographic. New to college, goes to sleep at 4 a.m. at the latest, loves a seaside town, is perpetually nostalgic about a time in her life that she actually never experienced in reality. Direct hit.

Everything seemed right, but as a rom-com aficionado I was aware of the fact that no one has been able to pump out a good rom-com since at least 2012, so I went in with my expectations in check.

The movie kind of had the ultimate rom-com package going for itself with veterans like Andie MacDowell, Dermot Mulroney and Kate Bosworth in the cast. They are all playing parents now, which was kind of a reality check for a 90s rom-com enjoyer like myself — a sacred passing of the baton to a younger cast.

All of a sudden G. Hannelius showed up and kind of threw me for a loop. I suddenly felt like I was back in my “Dog With a Blog” days, and was confused as to how she was still playing teens after all these years. I subsequently found out she is only 23 and now going by Genevieve in the credits — a rebrand, if you will. I was happy to see her.

The plot, like most YA novel adaptations, had its anticipated levels of cringe, but I have to admit that I mindlessly ate it up.

However, I could tell that important plot points were missing even though I had never even read the book, which isn’t a good sign. For instance — the way she followed that random bike boy into a secret underground room behind a washing machine at a public laundromat upon first meeting. They didn’t even know each other’s names, she just followed in silence. I admire this unwarranted trust, but I guess I value my survival too much to adopt that mentality.

To be honest, the plot wasn’t my main priority, as I was distracted by the dismal cinematography. The “seaside town” looked like a row of pastel port-a-potties lined up on a dreary boardwalk. And the main girl’s (I don’t even remember her name right now) highly anticipated prom dress reveal left me feeling fooled. Absolutely tasteless.

It never seemed like a single light was turned on in that beach house — and not in a “the daylight flooded the halls” type of way, but rather in a “wow it’s very gray in that room and that pot light is noticeably off” type of way. The house was gray and dim and so not summery.

All that said, this movie did quench my insomnia thirst as I watched it in the dead of night, so I guess main girl and I have that in common.