Thin, white and young: The culture of exclusion of Abercrombie & Fitch 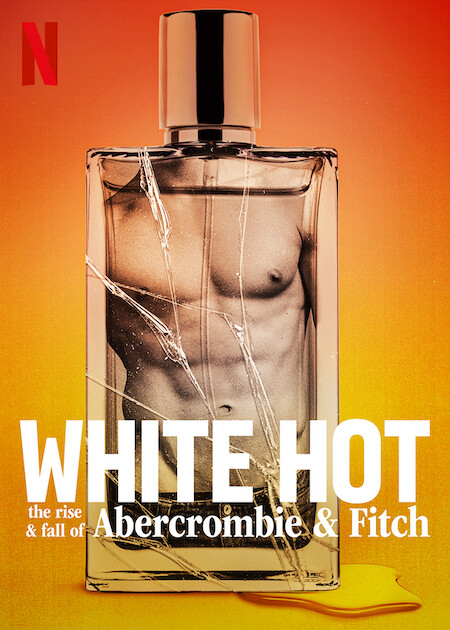 On April 19, 2022, Netflix launched the documentary White Hot: The Rise and Fall of Abercrombie & Fitch. Featuring interviews with dozens of former employees, executives and models, the Netflix exposé unravels the complex history of an iconic brand and its influence on an entire generation’s beauty standards and shopping habits. It is a lesson of everything you should consider when choosing a new favorite brand.

In the late 1990s and early 2000s, Abercrombie & Fitch (A&F) reached its first peak of popularity that lasted long enough to leave a mark on many school outfits and fashion trends. You probably remember the long-sleeved tees with “Abercrombie” across the chest or all over one arm. Abercrombie was aspirational — the perfect image of the American youth.

“A&F was just aspirational enough, but not so expensive that it was out of reach,” Robin Givhan, Senior Critic at the Washington Post, said. “The fundamental idea is that fashion is selling us belonging, confidence, coll, sex appeal. In many ways, the very last thing it’s selling is actually garments.”

This was A&F’s main strategy. They were not selling clothes but rather stereotypes, beauty standards and statuses. The Abercrombie logo was almost like a badge of distinction. Subjectively, the brand sorted those who belonged from those who did not.

The exposé explains how brands like A&F became such phenomena if social media did not play a role in spreading the word about them. How do you transform an established, older brand into a modern success? For former A&F CEO Mike Jeffries, it was a formula: heritage (the brand was established in 1892), plus elitism, plus sexual visuals — summed up with exclusivity.

“I noticed it was a super white thing,” former employee Anthony Ocampo said.

That’s when the problem started. Jeffries had planted the brand roots onto exclusivity — but what started as something made to be exclusive over time became exclusionary and discriminatory.

From racist graphic t-shirts to similarly discriminatory hiring practices, A&F’s scandalous conduct led to many protests and lawsuits. Details proved that Abercrombie hired their employees based on a “caucasian standard,”  — it was not about performance. Any Asian-American, African-American and Latino individuals who were hired by the company were given tasks where those staffers could not be seen by customers.

A discrimination lawsuit was filed in June 2003. The retailer admitted no guilt and denied allegations. Still, A&F settled the class action suit a year later, agreeing to pay $40 million to put an end to the litigation in November 2004.

Another case is Samantha Elauf’s experience of not getting hired due to wearing a hijab. In a case that lasted years, A&F’s actions were proven to violate the Civil Rights Act of 1964. Elauf’s case became known nationally and caught the attention of many media outlets like the NY Times, The Guardian and others.

Racism and discrimination were not the only problems at A&F. Besides status, the brand sold sex. However, let’s remember they were selling it to a target audience ranging from 15 to 22 years old. As with every brand, audiences want to identify themselves with the brand imagery. A&F used college boys as models – can you understand the point I am getting to?

Around the same time as the discrimination lawsuits, claims of sexual harassment became public against Jeffries and Bruce Weber, A&F’s official photographer. These claims also affirmed both men had pedophilic views and exhibited inappropriate actions toward the models. Weber settled two sexual assault lawsuits by former models for undisclosed amounts and with no admission of guilt in 2021.

“We are an exclusionary brand,” Jeffries affirmed in a 2006 interview. That’s when the public understood that everything up to then was not an accident — he was unapologetic about it all.

“Exclusion was the root of their success, and exclusion itself stopped being quite so cool,” former A&F merchandising manager Kjerstin Gruys said.

Mike Jeffries retired in 2014 with a 27 million dollar retirement plan. In 2017, A&F welcomed Fran Horowitz as their new CEO.

Through a spokesperson, A&F said they have “evolved to become a place of belonging rather than ‘fitting in.’” After 127 years, they claim to have changed paths and made a shift toward encouraging body positivity

“White Hot: The Rise and Fall of Abercrombie & Fitch” is worth watching because it aggressively brings to light how our purchasing habits can mean more than taste. Brands represent a culture, a theory and reasoning, which we often do not pay attention to.

A&F’s slogan is “Authentic American clothing since 1892.” Brands are jobs, are people, are legacies — this documentary forces you to rethink which legacies you are contributing to.