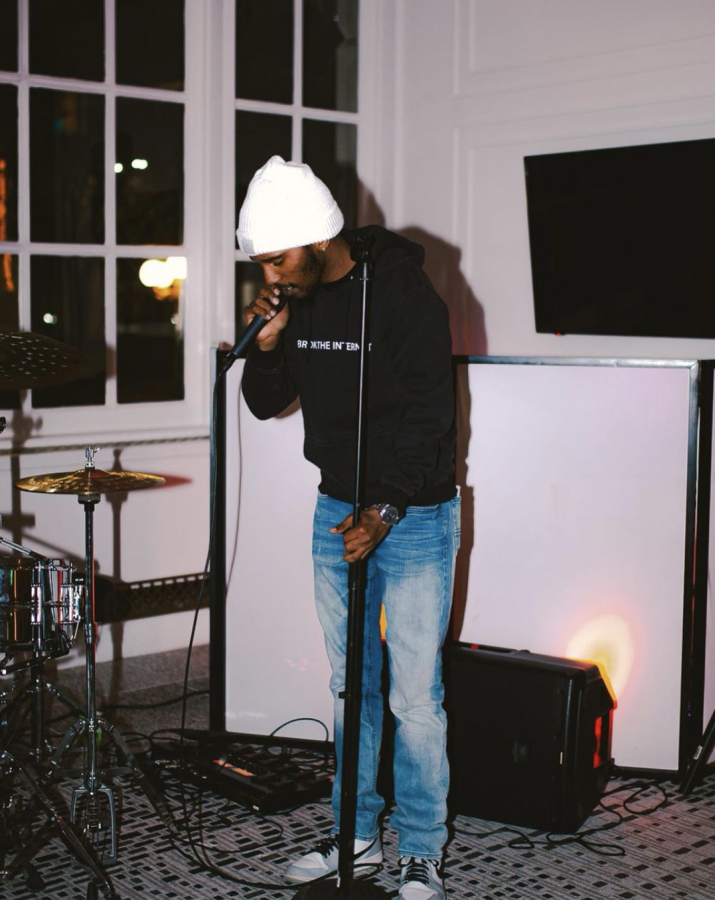 Rockim Williamson is a musician and frontman of the band, Confidence.

Rockim Williamson is the frontman of Confidence, an R&B and rap group comprised of Oakland University students. Through his art, he wants to bring people together — which he believes is the purpose of his life.

Williamson began writing music in kindergarten and performing in third grade. He began releasing tracks online in sixth grade and has since gained notoriety.

He even owns a custom hat with his catchphrase: “Google Me,” since he often encourages people to Google him to view his accomplishments. Williamson attended OU and lived on campus when he met his bandmates. During his freshman year, he looked to his music club to find members for a new band to compete in the 2019 Battle of the Bands on campus.

The group went on to win the competition, and performed as an opener for SuperDuperKyle and Blackbear at the 2019 Spring concert.

Williamson decided to take a break from school so he could take time to work and continue pursuing his music career, arguing that college is not for everyone and not a four-year-long race to a degree.

Williamson discussed how his music is inspired by his Christian faith.

“I pray that everyone who comes across me in some way shape or form sees, hears and feels God through me. The things I create are much bigger than me. I pray that in everything I do, people are impacted by it, enjoy it and want to come back to it.”

In spite of this, Williamson doesn’t want to be called a Christian musician.

“A lot of people think I am a Christian artist or a Christian rapper simply because I refer to God as Jesus and reference a bunch of bible verses in my songs. But I’m really not a Christian artist, that’s not the lane I want to be on and limited by. I try and make art for everyone. If not everyone, at least people who understand, [and] who will listen and be impacted by it.” Williamson said.

Confidence and Williamson have some big projects in the works, and the band recently recruited a new vocalist. Willamson’s dream is to perform with a choir, and he believes the new member is a step in that direction.

The group also has a large run of performances this summer. In addition to all of these developments with his band, Willamson is also working on his own clothing label which he says is dropping in the next two months.

Ultimately, Williamson said he owes his career to his collaborators.

“I give all credit to my band when it comes to preparing for a show and designing the setlist. I give everyone I work with — whether it be my band, photographer, or videographer — I give everyone so much praise and so many flowers. Without the people that I work with, I wouldn’t be doing any of this.”