Softball defeats Michigan State for first time in over a decade 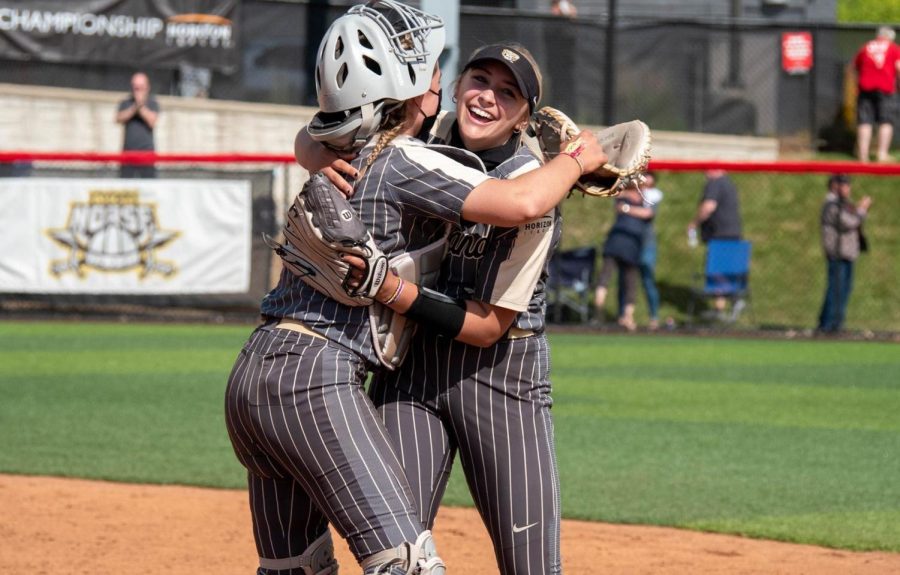 Oakland scored their first win over the Michigan State Spartans since 2011 last Tuesday.

Oakland University softball defeated the Michigan State Spartans 10-5 on Tuesday, April 5 at Secchia Stadium in East Lansing, Michigan. The Golden Grizzlies made the hour-long trip out west on Tuesday afternoon to take on the Spartans for the second time this season.

Michigan State got the better of the Golden Grizzlies in the first matchup back on March 20. Oakland failed to register a run and fell prey to the mercy rule after a seven-run fifth inning from the Spartans.

This game, however, went much better for Oakland. The Golden Grizzlies jumped out to an early 2-0 lead in the top of the first inning.

Michigan State answered in the bottom of the second inning with two runs of its own. Zaquai Dumas connected on a two-run home run to even the score at two runs apiece.

Mia Konyvka kicked off the inning with a two-RBI single. Griffith and Jessie Munson scored on the single.

Shannon Carr then scored on an Allisa DiPrimia single, giving the Golden Grizzlies a three-run lead.

Jones then launched her fourth home run of the season, this one coming in three-run form. The three-run home run finished off a huge inning for the Golden Grizzlies.

The Spartans plated two runs in the bottom of the third inning. However, they were still in a considerable four-run hole.

Griffith recorded her third hit of the afternoon in the top of the fifth inning. Jones scored on the Griffith single, giving Oakland a 9-4 lead.

Michigan State added one more run in the bottom of the fifth inning, but that was all it could muster. Oakland’s monster third inning was more than enough to secure the victory.

Griffith singled again in the top of the seventh inning to pad the Grizzly lead even more. The left fielder had a career day at the plate with four hits, three RBIs and a walk in four at-bats.

Four Grizzlies had multi-hit games in the statement win over the Spartans. Jones, Griffith, Krizka and Munson all recorded at least two hits in the victory.

Oakland’s win over Michigan State was its first since 2011.

The Golden Grizzlies are now 14-11 overall on the season and have won each of their last four games. The nonconference slate is over now, however. Oakland will close the season with seven straight Horizon League series.

Oakland has still yet to lose a game in the Horizon League this season, boasting a perfect 6-0 record.

Oakland will look to keep its perfect conference record alive as it travels to Chicago to take on the UIC Flames in a three-game weekend series.