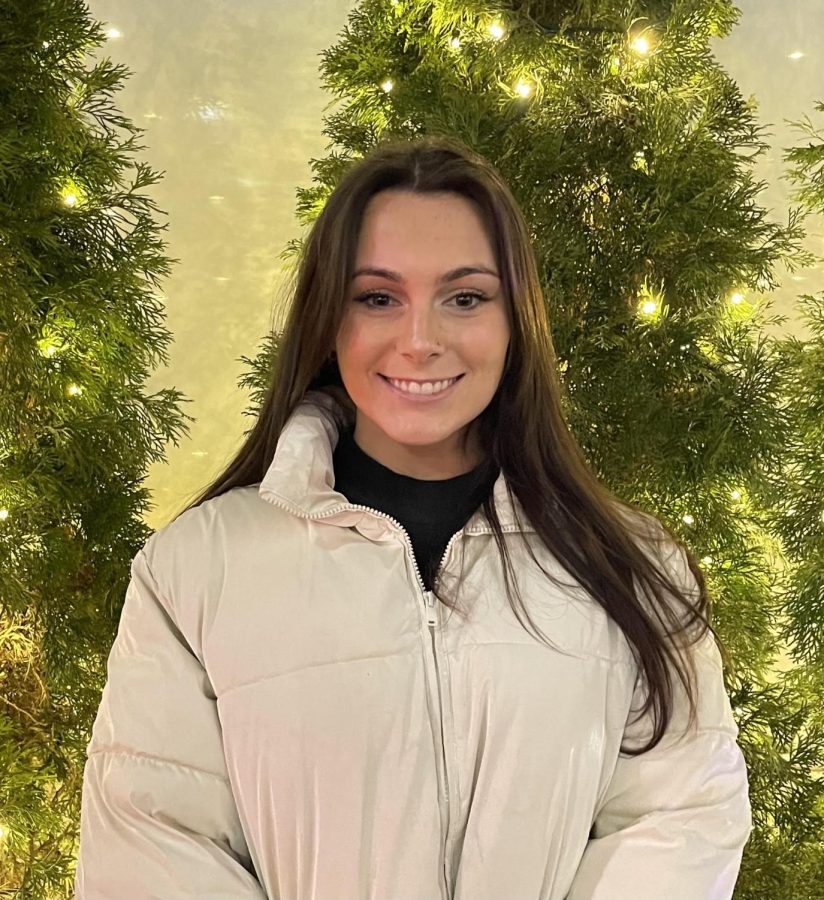 Sidney Rayba speaks about her time on the OU softball team, her auditions for "The Voice" and her focus on mental health.

As the semester draws to a close, Oakland University senior Sidney Rayba encourages students to follow their passions and take care of their mental health.

As a former college softball player and talented singer, Rayba understands the importance of working hard while simultaneously prioritizing her personal happiness.

Rayba discovered her passion for softball in the second grade. As her love for the game grew, so did the time commitment.

Once Rayba began playing travel softball, she began having to make sacrifices in order to achieve her dream of competing in college. Instead of hanging out with friends and attending social events, most of Rayba’s time was spent practicing and attending softball tournaments.

When Rayba was recruited to play on the Oakland University softball team, things only got more difficult. The athlete’s schedule was packed with workouts, practices, games, travel tournaments and meetings.

“A lot of people don’t understand how hard athletes must work — it is like a full time job,” Rayba said. “People think athletes get things handed to them, but that’s just not true.”

Rayba played for Oakland’s softball team during her first three years of college. Throughout her collegiate softball career, she made a lot of good memories with the team.

However, despite her love for the sport, Rayba decided to take a break from playing on the university’s team this season for personal reasons. Rayba says stepping away from softball was extremely tough, yet she is proud of her decision.

Believe it or not, softball is not Rayba’s only impressive talent. The Oakland student is also a talented singer.

“My mom always says I could sing before I could talk,” Rayba said.

Rayba’s grandpa helped fuel the natural performer’s passion for singing, allowing her to sing Disney songs on his radio show. By the age of seven, Rayba had begun competing in talent shows.

At the age of 14, Rayba decided to try out for “The Voice” the first time, making it all the way to the third round of preliminary auditions. By 16, Rayba had auditioned for the show again, this time making it to the fourth preliminary round.

“The producers would say I had a good voice, but they had cast too many brunettes or teenage girls,” said Rayba, “By then, I decided that TV might not be the best fit for me.”

So, Rayba started performing her talent in a new way. Rayba began singing the National Anthem at high school sporting events, even getting the chance to perform at Jimmy John’s Field and Little Caesars Arena.

“When I entered college, I began singing the Anthem at on-campus sporting events,” said Rayba. “I absolutely love it.”

As Rayba prepares to graduate this April with a Bachelor’s Degree in Communication, she is ready to begin her professional career.

“I am very fortunate to have secured a position in Digital Marketing for a corporate real estate investment firm,” said Rayba. “Although I never imagined I would be working in real estate, I am very excited and happy.”

Rayba explains she decided to pursue a degree in Communication early in her high school career. Even though the field often receives a lot of hate and skepticism, Rayba believes there is more to the humanities than most people realize.

“There is often a lot of negativity towards Communication and Business majors, especially on social media,” said Rayba. “But I disagree — both fields are so broad and give individuals the opportunity to be creative in a professional setting.”