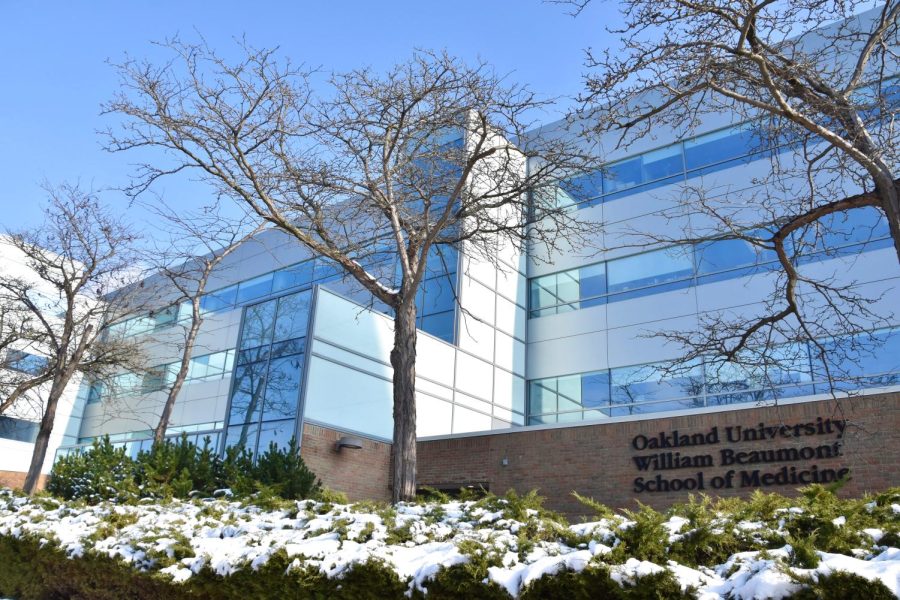 O'Dowd Hall is home to OUWB.

On March 21, 2022, The Oakland Post released a story regarding the Oakland University William Beaumont (OUWB) School of Medicine’s accreditation issues. The Post met with Steve Collard — vice dean of Business and Administration for OUWB — and Michele Jasukaitis — director of Communications and Marketing for OUWB — to further discuss the issues.

The first clarification mentioned by Collard was that OUWB is not at a serious risk of losing accreditation but rather was informed by the Liaison Committee on Medical Education (LCME) about potential concerns.

“What the LCME has done by finding one of the elements within one of the standards as unsatisfactory is giving OUWB time to make progress in this area. OUWB is not at imminent risk of losing accreditation since we are addressing the issue and showing concrete progress towards our goal,” Collard and Jasukaitis said.

In regard to communication with the OUWB community, OUWB said the community was notified when the school received full accreditation and notified of the issues brought up by LCME.

OUWB administration and OU administration have been working collaboratively to find solutions to the space issue. Since OUWB received full accreditation in February of 2020, OUWB and LCME have been in contact about the 12 compliance standards needed to be accredited.

The current and most pressing issue is space, but it has already been addressed, and OUWB feels it has a sufficient solution. Once the renovations on Wilson Hall are completed, the Office of the Registrar will move to Wilson, freeing up over 4,000 square feet of space.

“We believe the additions to O’Dowd will be adequate to satisfy the LCME’s concerns and to meet OUWB’s immediate needs. We will be able to move our curriculum forward with the addition of flexible classroom and study space in O’Dowd Hall. The property at 1500 University Drive is not required for OUWB to satisfy the LCME but it might provide additional space in the future,” Collard and Jasukaitis said.

Within O’Dowd Hall, the first floor — where the Office of the Registrar currently resides — will be turned into mid-sized classrooms which can be divided into smaller areas. This space will be used to help first and second year students.

Collard said the OU administration has been helpful in finding and allocating space for OUWB to use, specifically the space in O’Dowd, but it was delayed slightly due to the COVID-19 pandemic. OU administration also helped find an architect to design the new space and assigned a project manager.

While enrollment has become an issue for universities across Michigan, the numbers don’t affect OUWB as they consistently get 125 new students every August. Because of this, the space issues are not a new concept to OUWB.

“OUWB is a relatively new school. The student body at OUWB has grown from 50 in 2011 to 500 in 2018. There are always growing pains and always a need for continual improvement in a significant venture such as this. The University has done an admirable job with renovations in O’Dowd Hall, the Kresge Library and Hannah Hall to provide the resources needed to operate OUWB, and by any measure, it has been an extraordinary success for the University and the community,” Collard and Jasukaitis said.

In terms of a backup plan, Collard said that because the plans at O’Dowd Hall are going as expected, there is no need to have such a plan.

“The objective is to demonstrate progress to the LCME. There is no specific deadline for construction. The design concept is on schedule. We have the space available. We are moving forward as soon as the preparations and necessary approvals can be completed,” Collard and Jasukaitis said.