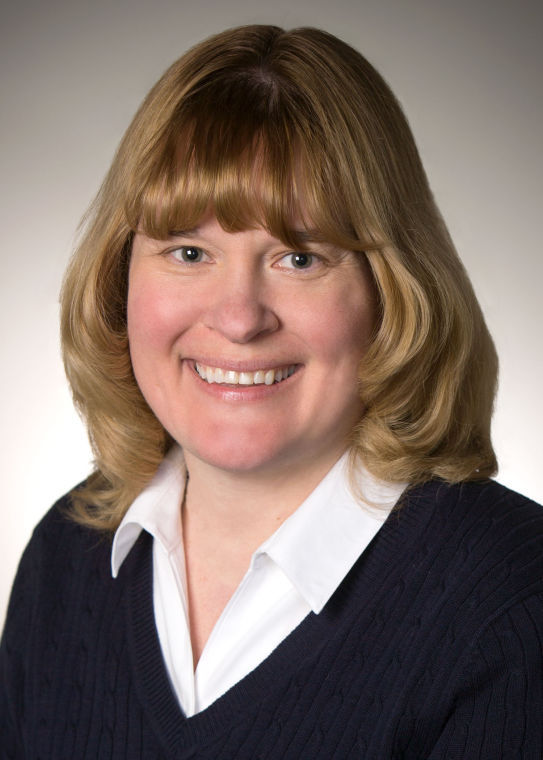 The Outstanding Professional Advising Award for 2013-14 was awarded to Renee Ligeski, an academic adviser in the Department of Communication and Journalism.

In order to receive the award, the person must be nominated. Erica Szajna and Charles Lapastora are both senior communication majors, and nominated Ligeski for the award. Both seniors will be graduating in April and felt Ligeski was a key factor in their journey to graduation.

“She really embodies what an academic outstanding adviser is,” Erica Szajna, senior at Oakland said. “I think that Oakland is very lucky to have her and many students in the communication program that are able to speak with her are really blessed. I know I was blessed to have her as my academic adviser.”

Initially, Ligeski received her undergraduate degree from the University of Michigan, earning a Bachelor of Science degree in biology with secondary teacher certification in biology and physical science. However, she realized this wasn’t her passion and decided to redirect her career choice by going to Oakland University and getting her master’s degree in counseling in 1994.

During the second year of her graduate program is when she stumbled into an internship for advising that changed her life.

“I obviously had my own struggle in deciding what I wanted to do,” Ligeski said. “So I became passionate about making a difference in helping students find their passion, because it took me so long to find my own.”

Throughout her career at Oakland, Ligeski has advised students in Oakland University’s School of Nursing, School of Business and Administration and College of Arts and Sciences.

“I’ve gotten a lot of exposure to different student populations and I’ve found I like working with them all,” Ligeski said.

For Ligeski, the award was not the biggest reward.

“The most important part was the appreciation and words that the students wrote in their letters,” Ligeski said. “Everyone likes to think that they’re making a difference and when I read the letters I saw I was. It reaffirmed the decision I made 20 years ago to do this.”

“Whenever I get advised by Renee, I come out feeling helped,” Laspastora said.

Laspastora is currently in an internship at Fox 2 News this semester, which required him to take 20 credits. With the help of a slip Ligeski signed allowing him to take the course load, he has now found his niche.

“I ended up loving this internship and it made me realize what I want to do with my career,” Laspastora said.

“Not only will I be finishing my degree in three years I’ll also be getting a minor in applied leadership skills,” Szajna said. “She assisted me throughout the whole process.”

Ligeski will receive the award at a reception in April.