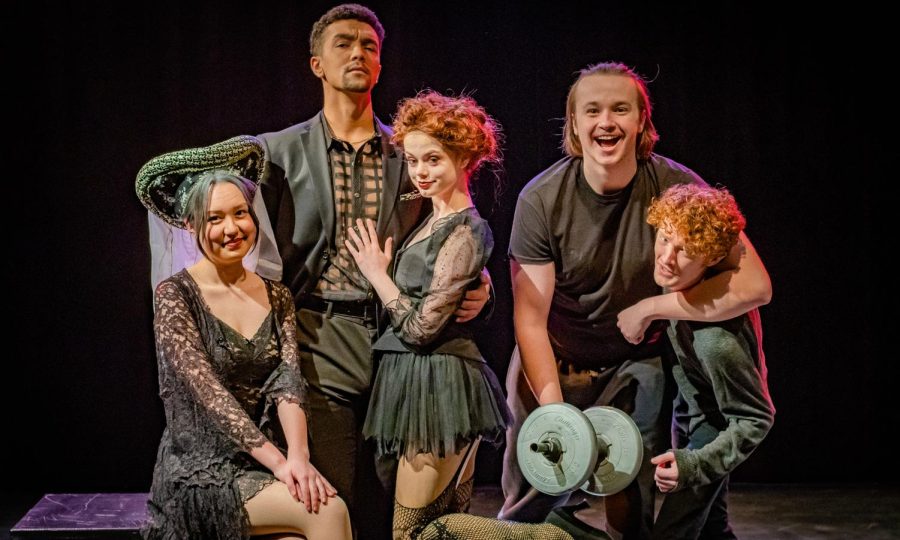 The School of Music, Theatre and Dance rounded out the semester with its rendition of “Pippin,” which is easily the best show I’ve seen from the school. Filled with harmonizing songs, whimsical humor and astounding acting, “Pippin” fulfilled on all fronts and was a great way to send off the 2021-2022 school year.

The show follows the titular character Pippin — played by Austin McCoy — who is a prince loosely based on a real-life person from the Middle Ages. His story is told by the Leading Player — portrayed by Leah Wilson — who in this interpretation is the leader of a cult filled with players.

The show’s main focus is about finding purpose in life and doing something fulfilling with the time you’re given. Pippin’s journey finds him trying a multitude of different tasks and duties to prove to the world he has meaning.

The musical performances by the actors were incredible with each new song bringing something different to the table to enjoy. Wilson was magnificent in all her pieces, but she especially shined in her solos with her beautiful vocalizing.

My favorite song of the show was “No Time at All” which was sung by Kaye Hoffmeyer — Berthe, Pippin’s grandmother — as it provided the first instance of things possibly being wrong with the world Pippin is in. The lyrics for the chorus were displayed for the audience to sing along with, and when a show involves the audience I feel it is one of the best things a show can do.

When the musical numbers weren’t happening — and sometimes when they were — there was no shortage of laughter in the performance. The actors all worked magnificently together and the chemistry effortlessly flowed with one another.

Possibly the funniest person in the show was Charles — Pippin’s father — who was played by Noah Canales and he absolutely nailed the comedic timing of his deliveries. If I saw him on the stage, I was sure to laugh at least twice during his performance.

Speaking of the stage, the scenic design was top notch and helped encompass the overall idea of the cult worshiping the sun with a giant yellow orb at the center of it all. With hues of purple, orange and red, everything you could see gracefully intertwined with each other and brought the entire show to life.

The lighting mixed in with the design of the shows with led lights lining the red and yellow beams along the border of the theatre. Along with led lights, the overhead lights enhanced the magic of the show, making it an overall more enchanting experience.

Coinciding with the design of the production, the costumes of the show provided alluring black outfits for the players which also fit in with each different setting. In the end of the second act, the players’ cult outfits were off-white robes — a wonderful contrast to the color of the first outfits — featuring the red symbol of the cult.

The acting performances along with the visual aspects of the show are what made “Pippin” spectacular. Director David Gram’s execution of “Pippin” appeals to all audiences — besides children, best to leave them at home — and made for a pleasurable night out and one I would go to again if given the chance.