My favorite books with autistic characters 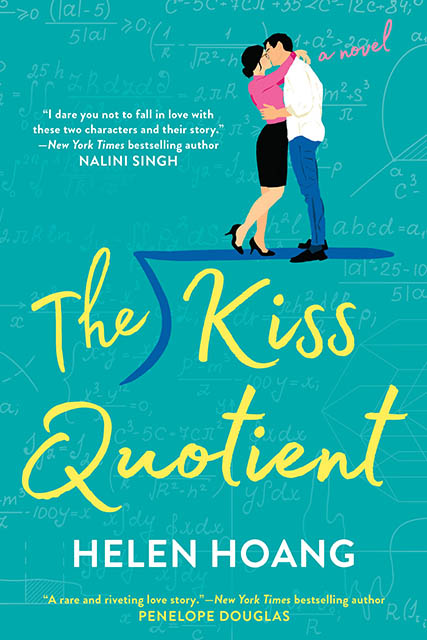 As April is Autism Acceptance Month, I wanted to write about four of my favorite autistic characters in New Adult (NA) and Young Adult (YA) books that I’ve read. An interesting note: three of them are a trilogy by the same author.

There is very little autistic representation in the media in general, but especially in the YA genre of books. The other issue is that a lot of it isn’t good representation. It’s very difficult to find well written autistic characters in fantasy, which is my favorite genre to read. We barely get that representation in the real world book settings, let alone the sci-fi or fantasy settings.

The first book in the New Adult (NA) rom-com trilogy series by Helen Hoang. This book is my second favorite of the trilogy.

It gives the audience a rare perspective in the media — the point of view (POV) of an autistic woman, Stella. Most autistic representations are men, so it was refreshing to see a story about autism from a girl’s POV.

Stella’s journey revolves around her struggles with dating experience, which is very common. A classic fake dating story spawns when (mega stud) Michael Phan and Stella form an unlikely bond, the story felt real and relatable, and touched upon things like sensory overload and masking. I found the scene where Stella and Michael talk about Stella’s masking to be a beautiful scene that everyone should read.

The story between Khai and Esme Tran is very intriguing to read about. It reminded me of the morally gray character from a fantasy novel with a tragic backstory who dramatically exclaims that he can never love.

It was compelling to read about a character who is autistic and doesn’t want a relationship. The story dives into Khai’s journey with emotional complexity and the struggle of processing emotions.

At this point, Hoang may as well just use the Cut from “Shadow and Bone” and slice me in two. That would hurt less than the beautifully tortuous final (and best) book in the trilogy.

While the other characters in the trilogy know they’re autistic, this book follows Anna’s journey of discovering that she’s autistic. There are few stories about characters discovering their truth, so it was pleasant to read about, as well as relive that experience. The love story between Anna and Quan Diep was so beautifully written.

As usual, I can’t stop talking about Leigh Bardugo’s series. This fantasy series incorporates David Kostyk’s tendencies in a way that makes it clear: David is autistic.

From his special interests to the way he interacts with the characters around him, specifically Genya and Alina, I knew. I picked up on it the first time I read it before finding out that Bardugo herself confirmed it as canon.

David is in my top three characters from the Grishaverse. He’s so unintentionally funny, and we learn so much about him throughout the series even though he is a supporting character. Also, that scene in “Siege in Storm” has raised my standards for love like no other.