Ketanji Brown Jackson to be confirmed to the Supreme Court 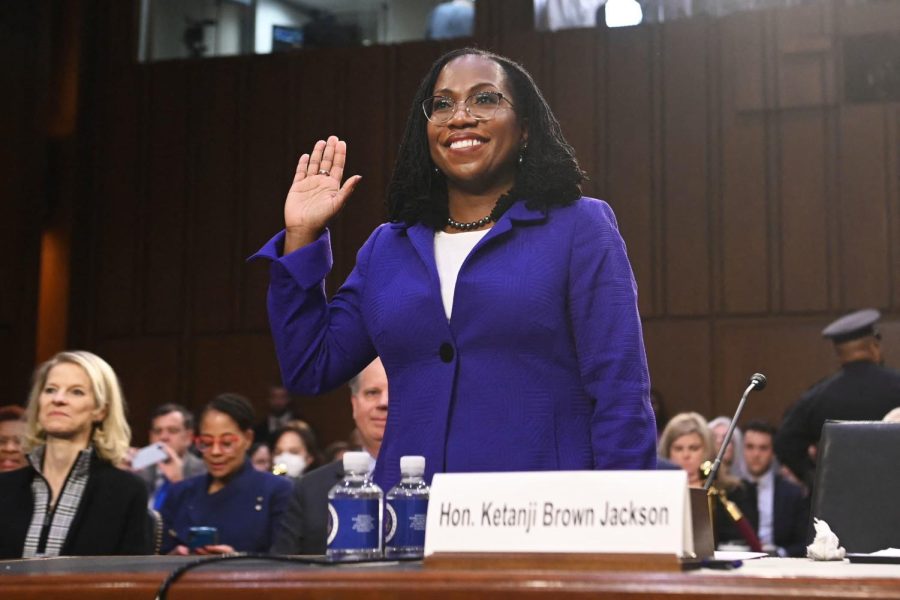 President Biden appointed Jackson after Justice Stephen Breyer announced his retirement from the court at the end of the current term.

Jackson’s confirmation will mark a historic day in United States history — as she will be the first Black woman to sit on the Supreme Court.

“For too long, our government, our courts, haven’t looked like America,” President Biden said. “I believe it’s time that we have a court that reflects the full talents and greatness of our nation with a nominee of extraordinary qualifications, and that we inspire all young people to believe that they can one day serve their country at the highest level.”

Jackson’s qualifications are undeniable. She has a breadth of experience as a public defender, federal district judge and was a member of the U.S. Sentencing Commission.

Some of her most notable cases include a ruling in favor of Guam v. The U.S. Navy. In this case, the Navy had created a landfill on the island to dispose of chemicals and munitions. The landfill significantly contributed to pollution on the island, and Guam asked the Environmental Protection Agency (EPA) to shut it down and assist in cleanup.

As cleanup costs were expensive, the government of Guam brought this issue to federal court to seek financial compensation from the Navy. The federal government wanted Jackson to dismiss the case, but she rejected this request and allowed the case to go forward.

Another of Jackson’s notable cases was a ruling against prison contractors and employees for discrimination in 2015. Jackson sided with William Pierce — a deaf man serving time for assault. When Pierce asked for an interpreter, his request was ignored by prison officials.

“With her exceptional qualifications and a record of evenhandedness, Judge Ketanji Brown Jackson will be a justice who will uphold the Constitution and protect the rights of all Americans, including the voiceless and the vulnerable,” Senator Chuck Schumer said. “She’s a true public servant and a model jurist.”

After days of hearings and vigorous questioning — Jackson proved that she has the tact and level-headedness required of a Supreme Court Justice.

Friday morning, Senator Joe Manchin stated his intention to vote to confirm Jackson — guaranteeing that she will ascend to the Supreme Court.

Judge Jackson’s ascension to the Supreme Court will be a momentous day for the country as the highest court in the nation will now be more representative of the people that it serves.

“As I have pursued this professional path, and if I’m fortunate enough to be confirmed as the next associate justice of the Supreme Court of the United States,” Jackson said. “I can only hope that my life and career, my love of this country and the Constitution, and my commitment to upholding the rule of law and the sacred principles upon which this great nation was founded, will inspire future generations of Americans.”