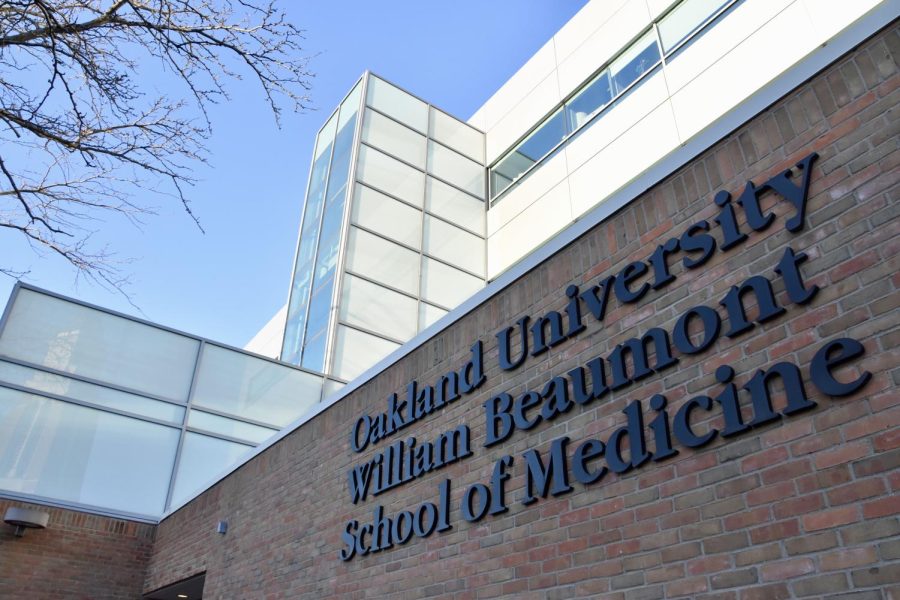 The OU William Beaumont (OUWB) School of Medicine is now at risk of losing accreditation due to a lack of educational space for students.

OUWB’s spacing issues were revealed and discussed by campus leadership during the Feb. 17 Oakland University Senate meeting. The Office of the Provost provided a statement about the lack of space:

“Space has been an ongoing problem for OU since its inception and OU has been in a severe space deficit since the early 90s. We have added buildings as we add programs but we have never kept pace with enrollment. We do not have enough teaching or research space available right now for our current needs. OU has been looking at buildings off campus to meet our needs for almost 10 years.”

OU has struggled to make progress with space requests even with enrollment being down. Since Winter 2019, enrollment has decreased 12.3% from 18,057 students to only 15,839 students in Winter 2022.

Losing accreditation means that a school is unable to meet the minimum standards and goals typically set by the state or an independent accrediting agency. When accreditation is lost, there is an almost immediate impact on the faculty and staff of the school.

OUWB must uphold the standards set by the Liaison Committee on Medical Education (LCME). LCME is recognized by the U.S. Department of Education and is a leading accreditation organization for medical education programs that lead to an MD degree.

LCME has their standards available online for the current academic year and the next academic year. Standard five for LCME is educational resources and infrastructure, and the tagline reads as follows:

“A medical school has sufficient personnel, financial resources, physical facilities, equipment, and clinical, instructional, informational, technological and other resources readily available and accessible across all locations to meet its needs and to achieve its goals.”

In that standard it states a medical school must have “buildings and equipment sufficient to achieve its educational, clinical and research missions.” As reported from the Office of the Provost staff, OU is managing 226 academic space requests.

In regard to the amount of citations OU has received, the Office of the Provost responded:

“OU did not receive any citations from the State of Michigan. The accreditation of medical schools is done by the Liaison Committee on Medical Education (LCME). OUWB has received two citations about the lack of space.”

OU first learned of the accreditation dilemma on Feb. 1, when the Provost and Interim Associate Provost for Operations met with OUWB leadership and a LCME consultant.

“OUWB was developed as a partnership with Beaumont Health Systems and lack of space has represented an unresolved issue throughout its existence. The lack of space however, became much more perilous after the program received two consecutive unsatisfactory marks on our LCME accreditation report.”

In the recording of the Senate meeting, Provost Britt Rios-Ellis said, “OUWB has had a space deficiency citation twice in two consecutive cycles, which puts us at a serious risk of going into probation which is frightening at best.”

“I also learned that we have been making promises since the medical school was established that haven’t been kept, and the LCME is now really putting their feet down.”

To help combat these space requests and to avoid losing accreditation, OU is discussing the purchase of Baker College of Auburn Hills.