My thoughts on the state of Detroit sports 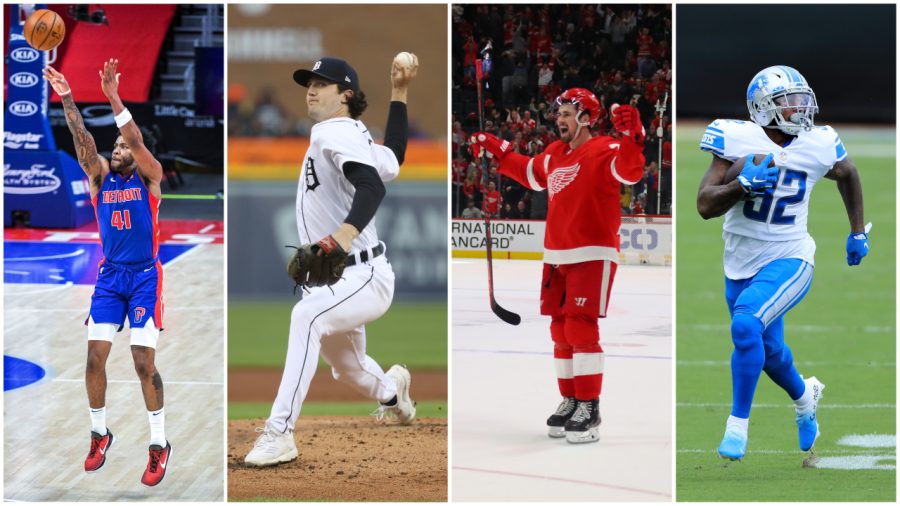 Detroit's four major professional sports teams: the Pistons, the Tigers, the Red Wings and the Lions

It’s been a while since the city of Detroit has truly been a sports city and it’s quite sad. Sports are one of the few things in life that can bring people of all backgrounds together to cheer on the local teams.

Let’s start with a positive: we actually get to watch the Tigers this year after the MLB lockout has officially ended. Now for some I realize they could care less about watching baseball, but to me and other Tigers fans, this year can be the best year since 2014 when they lost to the Baltimore Orioles in the American League Division Series (ALDS).

After what has been a very exciting free agency for the Tigers — with acquisitions like Javier Báez and Eduardo Rodriguez — it seems like Detroit may actually have a baseball team that can compete. Manager A.J. Hinch has transformed this team of young players and experienced vets to be a fun team to watch, other teams beware.

Speaking of head coaches, now I want to talk about Jeff Blashill — head coach of the Red Wings — who has been frowned upon lately to put it lightly. Now don’t get me wrong, no one expected the Wings to be great but some of the losses the team has faced are straight up embarrassing.

On March 8, the Wings faced the Arizona Coyotes — who are the third worst team in the league — and lost 9-2. During the game Blashill was shown yelling at the players who were just not involved at all — it appears that the players are over Blashill and GM Steve Yzerman may be too.

The Wings do have some bright spots like captain Dylan Larkin who is having a monster of a year. We also have the two best rookies in Lucas Raymond and Moritz Seider, with the latter being the easy choice for the Calder Trophy winner.

The Pistons are another Detroit team with promising young players, mainly the No. 1 pick Cade Cunningham who has been on a tear through the last nine games — which the Pistons have won six of. He’s averaging 21.4 PPG, 5.6 APG and 7. RPG during that span and should be the frontrunner for the Rookie of the Year Award.

It hasn’t been all Cunningham to be fair, with Saddiq Bey providing decent numbers after a somewhat slow start and Jerami Grant close to being the above-average attacker we know he can be. Since the All-Star break the Pistons in general have looked a lot better, and recent additions like Marvin Bagley III has been a reason behind that.

Now they aren’t perfect, but I think you give this Pistons the rest of the year to figure out its strengths and weaknesses — and with a couple free agency pickups — this team can make an impact next year. At least get into the play-in tournament so these young guys can get exposure to the playoffs and use it as fuel to come back better the next year.

The last team to talk about is the Lions, and to be honest I don’t have a whole lot to say. I’m excited to see what next year brings, lots of first year coaches in the league and out of nowhere Head Coach Dan Campbell doesn’t seem so inexperienced.

All we can hope for is a good draft and some free agency pickups but I like where the team is going under his leadership. I’m biased, but if University of Michigan star Aidan Hutchinson came to Detroit I wouldn’t be complaining.