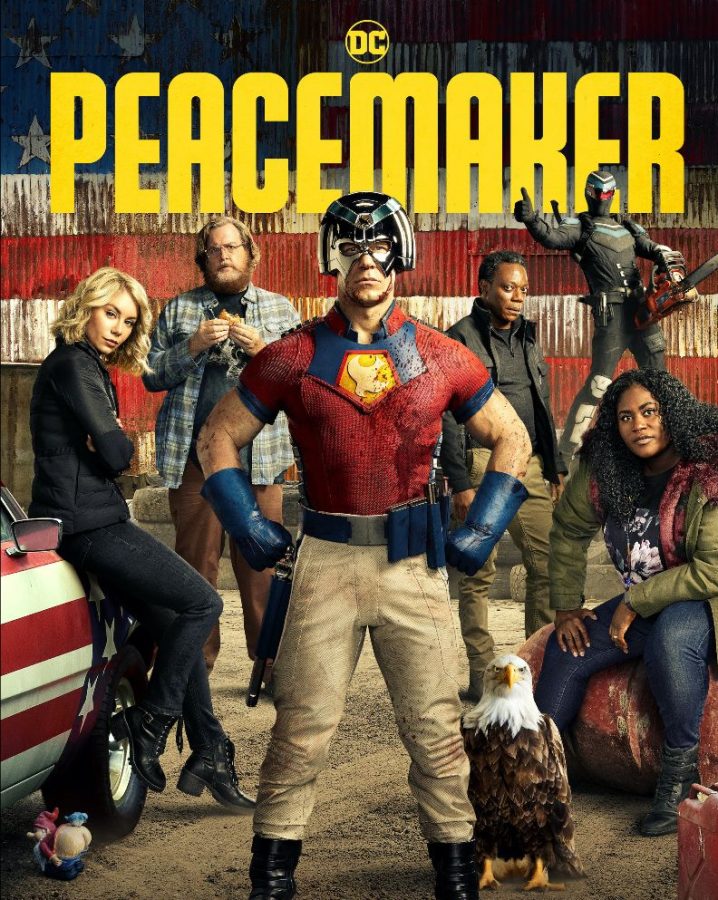 “Peacemaker” may just be the best live-action comic book show that I’ve seen in recent history, if not at all. I was genuinely surprised with how much I enjoyed watching this show and not once did I feel bored while watching it.

Don’t get me wrong, I thoroughly enjoyed most of the rivaling Marvel Cinematic Universe (MCU) TV shows, but something about “Peacemaker” brought out that childhood giddy in me despite the show being rated TV-MA. The DC Extended Universe (DCEU) show is not for the faint of heart as it can get extremely gory and has a lot of crude humor.

Director James Gunn started his comic book writing career in 2014 when he wrote “Guardians of the Galaxy” for the MCU and more recently “The Suicide Squad” in 2021. “The Suicide Squad” is also the precursor to the show “Peacemaker,” with the show starting immeditealy after the epic conclusion to the movie.

Peacemaker — played by John Cena — is a “hero” who stops at nothing to bring peace to the world. After the events of “The Suicide Squad,” he has returned home to rest but gets immediately sucked back into helping Amanda Waller — Viola Davis — with “Project Butterfly.”

The amply named Project Butterfly is very on the nose — the group must destroy alien butterflies who find a host and enhance their strength. In order to stop them, Peacemaker teams up with a ragtag team called A.R.G.U.S. to bring them down and redeem himself once and for all.

The power of friendship is a common theme in not just this show but a lot of James Gunn’s shows. The group starts off with their differences but in the end they end up being like a family, something Peacemaker was missing his whole life.

Throughout the show’s eight episodes, we slowly see the progression of how dangerous these butterflies can be, with the show really ramping up in episode six. The detective tracking Peacemaker unleashes a horde of butterflies to create a new army while Peacemaker’s dad — known as the White Dragon — leads a group of fascists in town to find his son.

The group led by White Dragon are awful people and I do recommend in episode seven to turn on closed captioning to see how they name the group of racists. Gunn took liberties with the names and it was a nice touch for anyone who may have suspected that Gunn supports these ideals.

The A.R.G.U.S. squad is nothing special on their own, but Gunn does a spectacular job of making the viewers believe in each of these characters and view them as heroes in some twisted way. The viewer can see the growth of the group in each episode, a nice touch considering some superheroes are pretty static in their beliefs.

Gunn definitely found his expertise with this show — he seems to do a much better job of holding the suspense by delaying it with his humor and character-building. The plot is full of twists and turns, and while some may find the show to be too much, I think if you’re even slightly into superheroes it is well worth the watch.