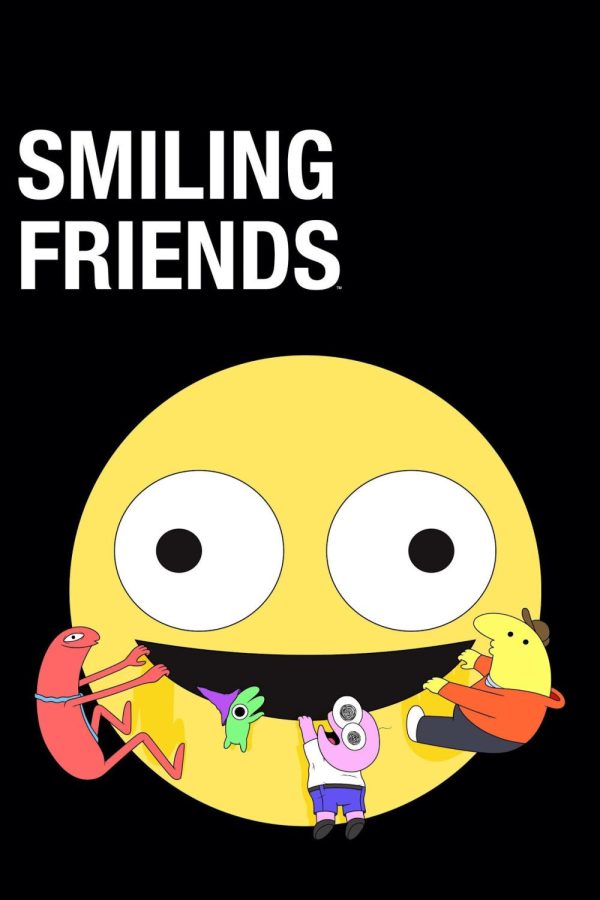 "Smiling Friends" follows characters Pim and Charlie, and provides a good laugh to its viewers.

I have a massive soft spot for Adult Swim’s animated programming. The network has produced some of the best adult animated shows of all time. The newest addition to their animated lineup, “Smiling Friends,” is not only great in its own right, but has the potential to become truly iconic.

The show has a simple premise: Pim (Michael Cusack) and Charlie (Zach Hadel) are employees for the titular company, Smiling Friends. The premise is often subverted as clients are usually deeply troubled people that require serious help our protagonists struggle to provide. For example, the second episode titled “Mr. Frog” has Pim and Charlie trying to help a canceled celebrity get his show back. Unfortunately, Mr. Frog is a deeply troubled character, and every attempt at trying to rehabilitate his image ends up digging his grave even further.

The show has a very hands-on feel as the creators, Zach Hadel and Michael Cusack, not only voice the main characters but also work on the animation. Hadel, also known by his username “psychicpebbles,” is known for appearing on the Oney Plays channel, alongside producing original animations on YouTube and Newgrounds. Cusack, the series’ co-creator, is known for creating the show “YOLO: Crystal Fantasy,” which was adapted from his own original YouTube animations. The backgrounds of the series’ co-creators mean they not only have years of animation experience, but also a very in-touch sense of humor.

The humor of “Smiling Friends” is the show’s biggest strength. I can’t remember a show in recent memory that made me laugh as much as this one. The comedy mainly comes from the show’s frantic and surreal nature, making the show feel like a natural extension of their YouTube careers.

The episodes are wholly unpredictable. At any second, the show could introduce a new grotesque or odd character that steals the spotlight for a few seconds. There are compilations on YouTube that show off all of the series’ background gags, and it’s incredible to see how much work was put into small details the average viewer might miss.

Speaking of effort, the presentation of this show is gorgeous. The backgrounds are rich and full of detail, an element that is typically lacking in mainstream animation. The characters populating the world of “Smiling Friends” are equally as intricate. Characters are portrayed using 2D animation, 3D animation, claymation and live-action actors.

Additionally, while Cusack and Hadel voice a majority of the characters from the show, there is an impressive amount of guest stars. The show uses the voice talents of Chris O’Neill, Joshua Tomar, Mike Stolkasa, Tom Fulp and Gilbert Gottfried.

The show was renewed for a second season and I have no doubt it will match or surpass the quality of the first season. Hopefully, the show’s viral success on YouTube and TikTok helps the creators bargain for a larger budget and episode order.

“Smiling Friends” is now available to stream on the Adult Swim website and HBO Max.