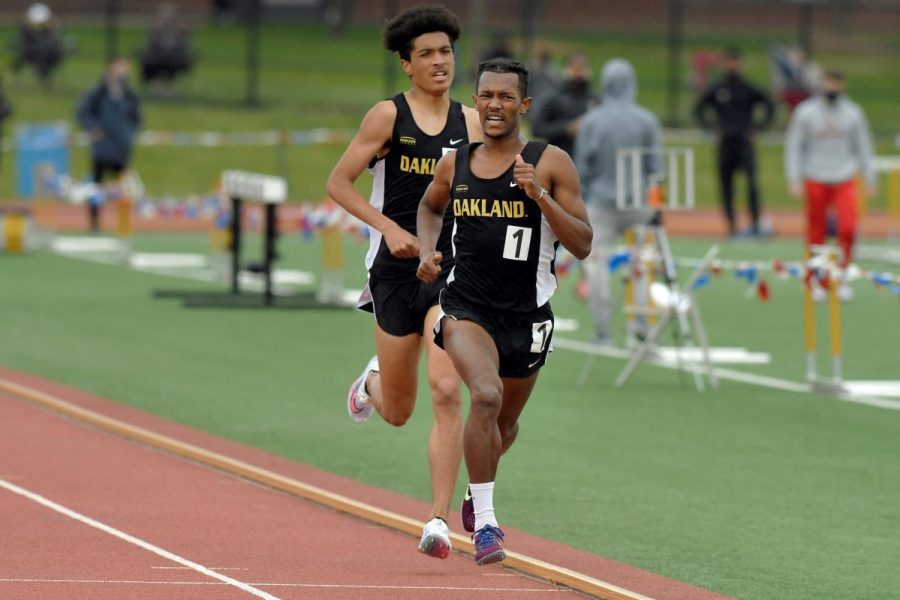 The Golden Grizzlies stayed in state for a competition that featured Wayne State, DePaul University, and featured numerous Horizon League rivals, including Youngstown State and Milwaukee. In the two-day event, Oakland was able to reach new heights and distances, but only two teams qualified for day two.

The women’s Golden Grizzlies gave some of their best performances on Big Meet Friday, particularly on the field. Freshman Rose Philogene earned second place in the women’s long jump finals with a 5.7 meter jump, which was good for second among the Horizon League in the meet. Freshman Alexis Hunter became another Golden Grizzly in 2nd place in the triple jump category, winning her placement with an 11.83 meter total for Oakland. Senior Madison Leigh set a school record in the 800-meter with a time of 2:11.44 run, a mark that is set in Oakland history books.

Throughout the weekend’s events, the Golden Grizzlies were active on the leaderboard, earning top placements in numerous track and field events. Though Oakland took the stage and competed at a high level, ultimately, they were unable to win out for the weekend. The Golden Grizzlies were able to give every team a run for its money, but high end talent across the board from both extra-conference teams and Horizon League rivals. In both solo and relay events, Oakland was able to push each team to its limit, but unfortunately couldn’t win out even with a record setting weekend.

Oakland will compete in its final event of the season in the SVSU Final Tuneup on Saturday, Feb. 18 in University Center Michigan. After this event, Oakland will travel to Youngstown, Ohio to compete in the Horizon League Championships on Feb. 26-27.

Following the string of record setting performances for Oakland University, Oakland shouldn’t have to look too hard to find courage in their final outing. The track and field teams are stringing together some of their best performances toward the end of the season, which could lead to upsets and wins on Feb. 26-27.