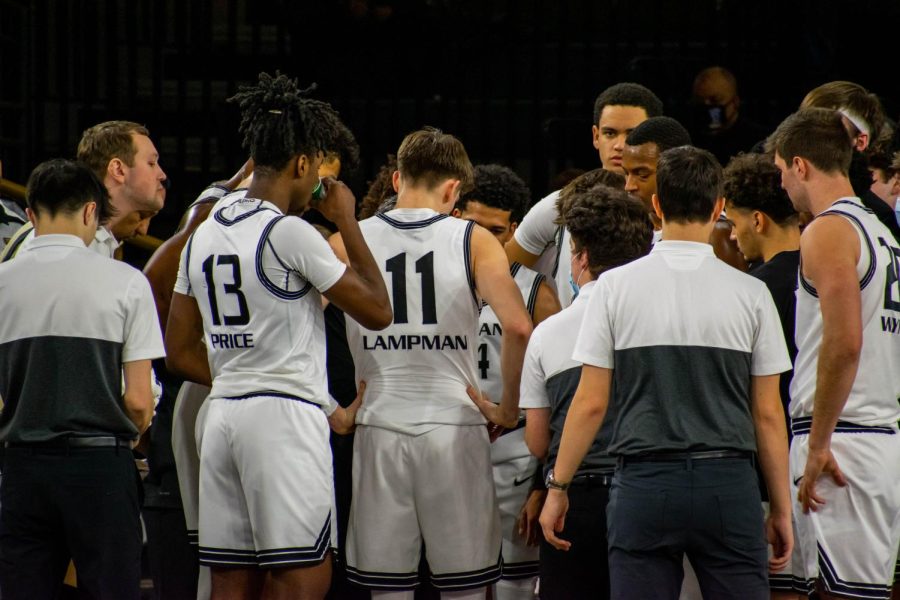 Oakland lost their their straight game last Wednesday to fall to 10-4 in the Horizon League.

The Oakland Golden Grizzlies men’s basketball team dropped another game this Wednesday, losing to the Youngstown State Penguins with a final score of 78-71 in a rather close affair that came down to the wire.

This marks the third straight loss the Grizzlies have suffered as they make their final push into the Horizon League tournament. Poor shooting doomed this game for the Golden Grizzlies, with their struggles from the field and beyond the arc holding them back from achieving their comeback.

In the first half of the game, the tone was set by a Penguins’ three which was then countered by a score from the Golden Grizzlies. The two offenses would trade buckets, with the Penguins’ trying desperately to pull away with their small lead while the Grizzlies stubbornly held on.

The game would eventually find its way to a tied score around the five-minute mark, with the score being 28-28 until the Golden Grizzlies would score and take their first lead of the game. The Penguins would immediately grab control of the game again, taking the lead back and then extending it to finish out the half with a six point lead.

The game would resume in the second half with the Penguins leading 37-31. The lead would balloon and shrink rapidly, as the Golden Grizzlies would stay aggressive in their pursuit of the comeback.

The Golden Grizzlies would desperately try to get back into the game, but the consistent trading of buckets would end up being counterintuitive to breaking down the lead. The Penguins would consistently battle back to keep their lead, scoring in kind with desperate Grizzlies.

Another reason that the game was such a tight race to the finish line for so long is the close race that took place in the rebounding category, which saw the Penguins just barely edge out the Grizzlies. The Penguins would record 37 rebounds [12 of them being offensive] to the 34 boards grabbed by the Grizzlies [with 10 of them being offensive rebounds].

The Golden Grizzlies will return to the court on Feb. 18 to face off against the Wright State Raiders at 9 p.m. at the O’rena. The game will be nationally televised on ESPN2.