‘The Sex Lives of College Girls’ is funny and impactful 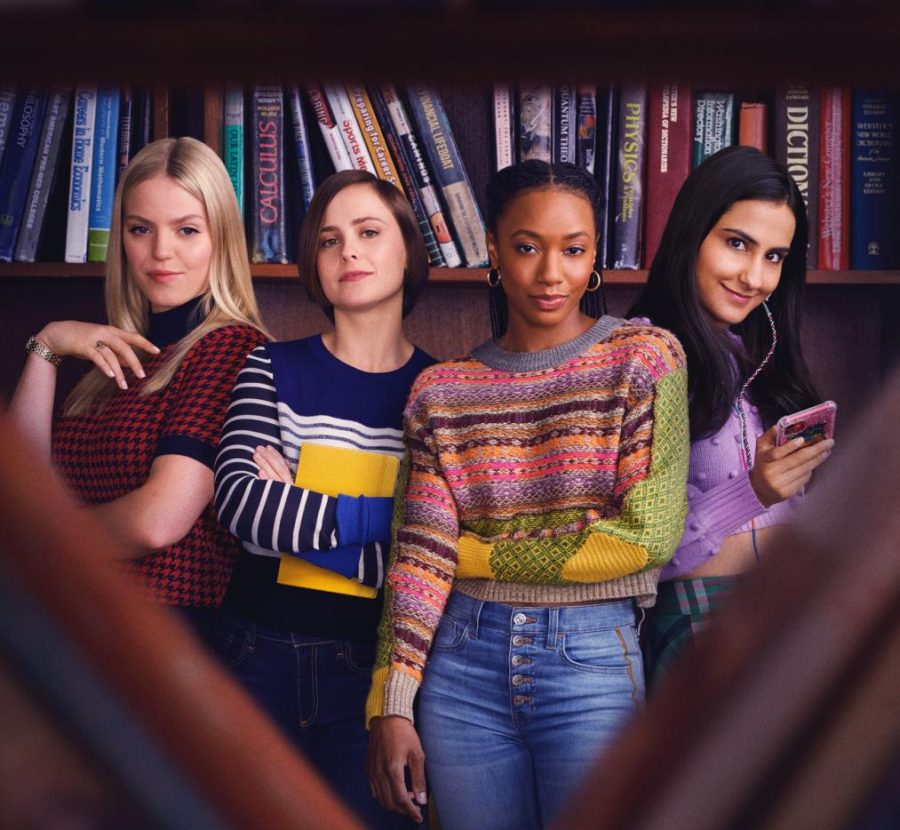 “The Sex Lives of College Girls” on HBO Max has been renewed for a second season.

Mindy Kaling and Justin Noble’s “The Sex Lives of College Girls” (TSLOCG) is a light-hearted and funny, yet emotional and real look into what it’s like to be a woman in college. As a big fan of a good comedy-drama, and maybe one with the niche of reviewing shows with “sex” in the title, I’ve got to say, TSLOCG is worth the hype.

The HBO original, with a 97% rating on Rotten Tomatoes, follows the lives of four college freshmen — Leighton Murray, Whitney Chase, Kimberly Finkle and Bela Malhotra. The four couldn’t be more different in personality, but when they’re united in one suite at the prestigious Essex College in Vermont, they soon become friends.

After the first episode, I was admittedly hesitant. It was one of those starts where the characters will give their life story in a line when they’re introduced — you know, to really make you understand the first 18 years of their lives you didn’t see — but after the second episode, I was hooked.

Since it’s on HBO Max (and sex is in the title), you do see a lot, but at least without the cognitive dissonance of remembering the adult actors are playing high school students — looking at you “Euphoria” and “Riverdale” — and not excessively so — “Euphoria,” that’s you again. (Cal Jacobs, put that thing away right now).

One of my favorite things about TSLOCG is the positive relationships between the female characters. Sure, there are conflicts, i.e. Leighton and her old friends have a falling out in the first episode, but we don’t really see said ex-friends much after that, or “The Catullan” writer Evangeline and Bela have beef for a time, but only temporarily.

Everyone generally gets along well, and most importantly, the women support each other when they deal with relationship messes, predatory authorities, misogyny in male-dominated spaces and sexual harassment, knowing all too well what it’s like to be a woman in a man’s world.

We’ve seen the mean girls trope play out far too often, and it shouldn’t be refreshing to see a group of women just get along in any media, but the truth is, it still is.

That’s what really made me emotional, the very real and relatable representations that go even beyond, well, the characters’ sex lives, while that is a signficant part of it. The show tackles more than just gendered issues — we see racial microaggressions, class imbalances, the fears of coming out and struggles with identity in general all play out.

Every character has depth, and they’re all loveable — especially Bela with her extroversion and quick wit. What can I say, I love a good writer. Even Kimberly, with her cringeworthy assumptions, has some endearing moments.

Generally, my rating system depends on 1. Did the media make me cry? and 2. Can I see it as part of my comfort rotation? The answer to both is yes.

It’s been announced that the series has been renewed for a second season, and I’ll be rewatching the first ten episodes until it’s out.