Looking Back: Diving into OU’s past snow days 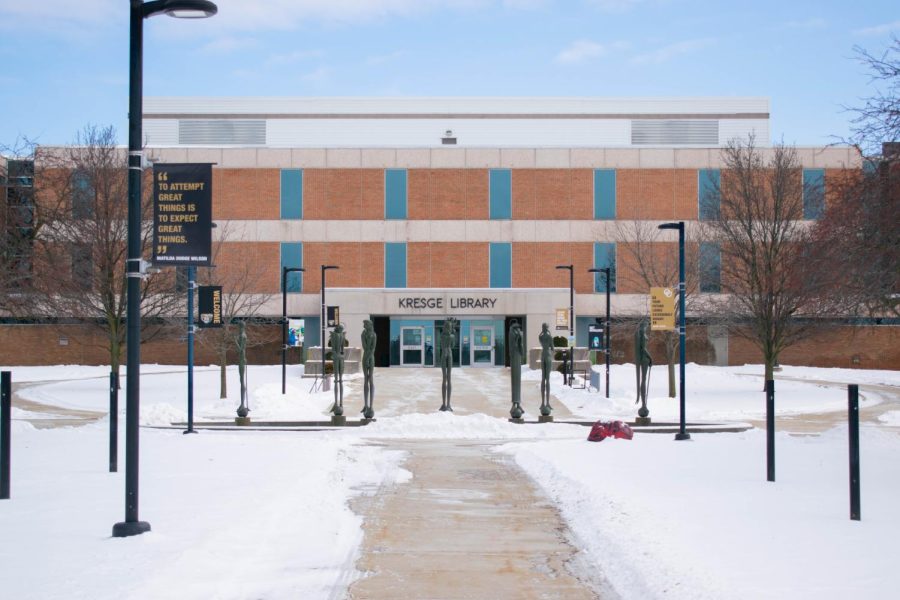 Snowy days have surely had their fair share on OU's campus.

Snow days can truly make you feel like a kid again. Even in college, students will flush an ice cube down the toilet or wear their pajamas backwards. On Wednesday Feb. 2, 2021, Oakland University declared an emergency campus closure, cancelling classes and non-essential university activities. They also called for a snow emergency in effect between 10 p.m. on Wednesday, and 6 a.m. on Thursday.

Coincidentally, Wednesday was only the second day classes were slated to be held in-person after January’s remote learning in light of the COVID-19 case surge.

On Tuesday, Feb. 1, Detroit Free Press reported metro Detroit may accumulate 12 to 16 inches of snow. When all was said and done, we saw around six inches, according to The Detroit News.

There have been many times where OU has canceled classes for the day — sometimes the campus community was notified ahead of time, and other times, it was too late, calling for some chaos and disaster on campus.

In Feb. 2002, Oakland County was about to receive their biggest snowstorm of the year, but OU decided not to close. When 5 a.m. rolled around after the snowstorm hit the streets that night, OU accessed the situation and remained open.

Realizing the mistake they made after further consideration, the university decided to close at 7 a.m. and tried to warn students and faculty as soon as possible. However, it was already too late for commuters en route to their dreaded 8 a.m. classes.

One student at the time, Kim Wachowski, had an exam at 8 a.m. and left extra early — knowing the roads were going to be bad. After taking over an hour to get to campus and driving on the dangerous roads, Wachowski arrived at class only to find out classes had been canceled.

Also back in 2002, OU’s school closure hotline’s message wasn’t updated for students to find out if class would be cancelled or not. As reported by some staff members, almost half their students showed up, most having driven in the treacherous road conditions.

More recently on Feb. 11, 2015, a snowstorm that accumulated a colossal 13 inches led to an OU snow day. Staff Intern Shelby Tankersley reported the grounds team had to work extremely hard to get the snow cleared, but a then-new snow emergency policy — where housing students have to remove cars from overnight lots — helped a bunch.

“It made it easier to plow the lots because vehicles were moved into the parking structures,” Constance Jones, manager of custodial and grounds, said at the time. “This was the first time we used the policy, and I thought it worked well.”

On Feb. 16, 1982 — the same year hits like “Eye of the Tiger” and “Billie Jean” were released, and “Magnum P.I.” was playing on television — a snowstorm that brought on eight inches led to a mid-afternoon cancellation of classes on Tuesday, Feb. 10 and a subsequent Feb. 11 snow day.

Back then, Acting Director of Campus Affairs George Catton stayed overnight in the Physical Plant to monitor the storm. Catton called then Interim President George Matthews at 11 p.m. Tuesday and suggested closing the university on Wednesday. According to the 1981 article, the information was relayed to the State Police and local media outlets, but wasn’t erased quickly enough, because on Thursday, WJR-790 AM radio reported OU was closed for the day.

“We heard the broadcast and called them up immediately,” Matthews said at the time. “They cleared up the problem by correcting the broadcast after that.”

It seems with the wide-eyed excitement a snow day often brings, chaos is sure to be in session somewhere.