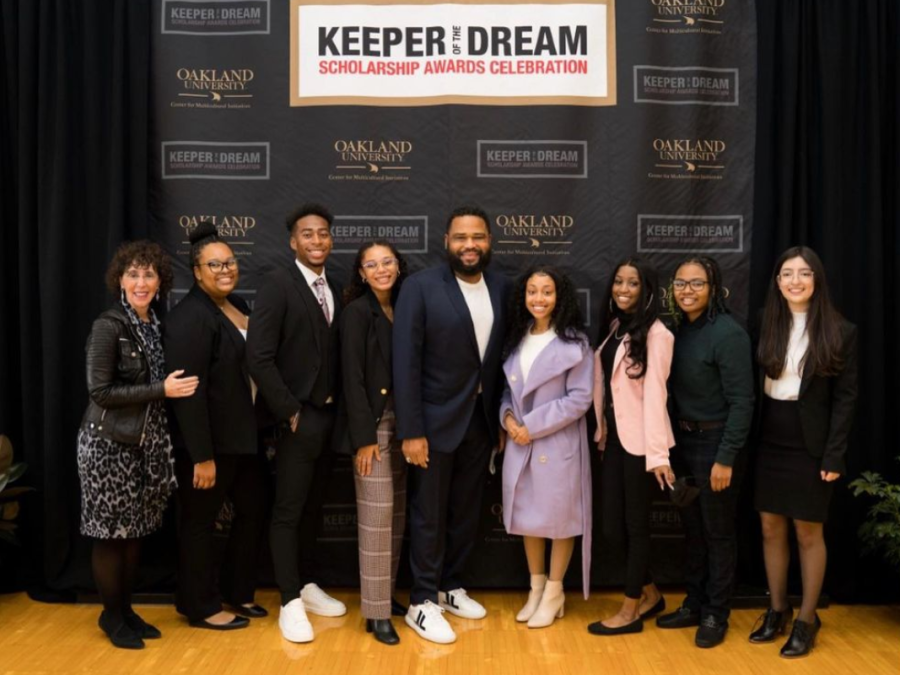 In observance of African American Celebration Month (AACM), the Center for Multicultural Initiatives (CMI) has teamed up with other organizations at Oakland University to host events from Jan. 17 to Feb. 17.

The normal opening ceremony was cancelled, so the 30th Annual Keeper of the Dream Scholarship Awards Celebration — headlined by keynote speaker Anthony Anderson — served as the beginning of the month-long celebration. The event took place at the O’Rena due to a high number of attendees.

There are also two month-long events — the first is a food drive with drop off locations at the OU food pantry and the CMI office. The second event is the MLK Day of Service, which is hosted by the Office for Student Involvement (OSI).

“This year because of all things that’s happened in our world, that was switched to a virtual event, so instead of just being January 19 as it was scheduled, it’s month-long so it’s actually still happening so students who want to participate still can,” Denise Thompkins-Jones said — retention coordinator for CMI.

On Feb. 1 the School of Health Sciences hosted an event called “Black Physical Therapist Pioneers: Paving the Way!” The event featured a panel of Black physical therapists who explained their journeys to about 50 participants — a good turnout for a winter event.

As for future events, on Feb. 4 CMI will be hosting a “Taste of Africa” event which will feature a chef from Chartwells who will demonstrate how to prepare four to five different dishes. Some featured menu items include catfish, grits and sweet potato pie.

“Some of those dishes are commonly found in African American folks’ kitchens on a Sunday afternoon,” Thompkins-Jones said. “I could walk into my grandmother’s house and probably see her cooking some catfish.”

The “Taste of Africa” event historically brings in about 500 to 600 people — but is online this year — and it is the most well-received event put on for AACM. The event tries to bring in vendors or students who have connections to OU.

The food pantry is providing bags with some of the ingredients for students who request them from the AACM section of the CMI website until Feb. 4 at 3 p.m. for free. The first 20 or so bags include a $25 visa gift card.

On Feb. 8 there will be a blood drive from 10 a.m. to 5 p.m. in the Oakland Center (OC) hosted by the OSI. It is an appointment only event — registration is on the CMI website.

Career Services is hosting an event called “Exploring Inclusion in the Workplace: Diversity Workshop and Mixer” on Feb. 15 from 6 p.m. to 8 p.m. in the OC. The learning and networking event features representatives from different companies about company culture and more.

The last event is the “Black Women Rock Awards” which is doubling as the closing ceremony for AACM. The event will be held in the OC from 4 p.m. to 7 p.m. and will celebrate the achievements of Black women who represent OU.

“We’re celebrating both the Black folks in our culture and our culture, but that’s the goal, we want to celebrate not appropriate,” Thompkins-Jones said.