Board of Trustees denies AAUP request for faculty liaisons 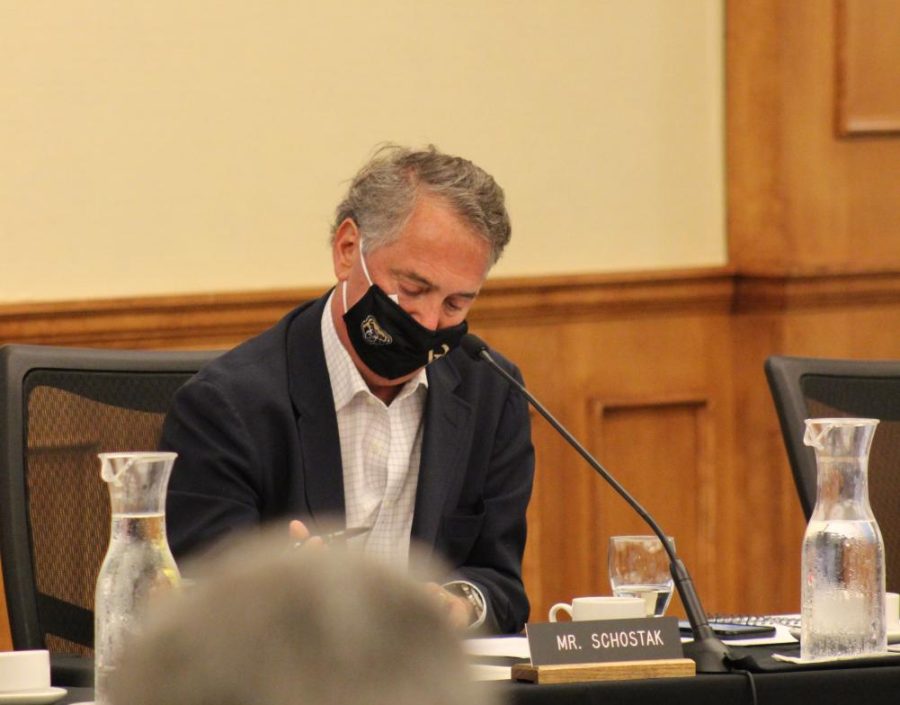 In a letter sent to Oakland University’s Chapter of the American Association of University Professors (OU AAUP) President Karen Miller from OU Board of Trustees (BOT) Chair Robert Schostak earlier this week, the BOT rejected OU AAUP’s proposal to add two faculty liaisons to the BOT.

Schostak’s letter to Miller is in italics below.

“Thank you for your recent request that faculty and AAUP members serve as liaisons on the Oakland University Board of Trustees.

In response to the OU-AAUP’s proposal, the Board remains committed to best practices and transparent communications along with shared governance.

As such, we believe that the existing and longstanding University Senate structure, and the committees of which it is composed, remains the most effective and appropriate model for implementing shared governance practices at Oakland University.

Therefore, after careful consideration, the Board respectfully declines the OU-AAUP’s proposal.

On a personal level, as Chair of the Board of Trustees, and as an Alum and committed community member, we will always do our best to be responsive to new ideas and approaches by our faculty and encourage the leadership to reach out to us from time-to-time.

This response was greeted with disappointment from OU AAUP faculty, who saw faculty liaisons to the BOT as an opportunity to strengthen shared governance of the university.

“We are disappointed that the Board has chosen to turn down our proposal,” Miller said. “We had hoped that a liaison could permit members of the Board to a fuller, more interactive understanding of the concerns of faculty members. We believe that the lack of forthright and open dialogue among the various stakeholders of the university is a barrier to charting a future course for the university. The AAUP will continue to listen to the concerns of the members of our community. We will continue to advocate for our membership through any avenues available to us.”

OU AAUP Executive Director Amy Pollard responded similarly to Schostak’s letter saying, “We are discontented by the denial of the proposal and by the lack of constructive dialogue between the parties on the subject. The OU AAUP will continue to advocate for transparency from OU leadership as well as active communication and collaboration amongst OU leadership groups in order to ensure the needs of faculty, students and staff are properly prioritized.”

Miller first suggested adding faculty liaisons to the BOT at the Oct. 11 meeting during the public comment section as a way of beginning to heal the divide between faculty and the upper administration following last summer’s contentious faculty contract negotiations.

At that time Miller described the idea behind adding faculty liaisons saying, “Often [BOT members] feel that higher ed is broken and feel that they have been appointed to fix higher ed,” Miller said. “The problem is they don’t know very much about higher ed, but they go ahead and try to fix it … if board members want to be activists then they at least have to know what they’re doing. They have to understand [faculty] from our perspective. They don’t have to agree with us but they at least have to understand how we think and what we value. And it’ll make them much better board members. I think the more information that the board has access to, the better they can do their jobs. And it doesn’t help them to operate in a vacuum, where they’re not interacting with the student body or the faculty or the staff.”

This initial request wasn’t responded to by the BOT, so OU AAUP followed up by sending a formal request to add two faculty liaisons to the BOT ahead of the Monday, Dec. 13 BOT meeting. The BOT did not address the request during that meeting – with President Pescovitz saying at the time, “This request was received late on Thursday by the Oakland University Board of Trustees and they have not yet had an opportunity to fully consider or discuss the request.”

Schostak’s response letter comes in the midst of renewed tension between faculty and upper administration over OU AAUP allegations that the university bargained in bad faith during 2021’s faculty contract negotiations. While the university’s bargaining team released a statement denying any bad-faith bargaining, the statement didn’t address any of the specifics of the OU AAUP’s allegations and was generally received poorly by faculty.