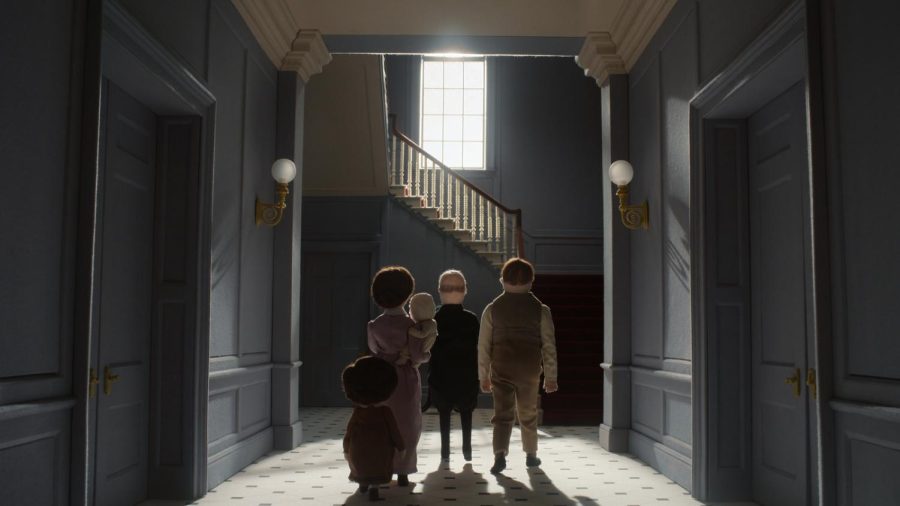 Stop motion is the most underrated type of film, as they are usually so artfully done and worth watching. Netflix’s new film — “The House ” — has gone viral for its off-putting stop motion and unsettling messages. This three part film gripped everyone online with its idea of three different timelines and short films all in one.

Usually, whenever a “creepy,” horror-like movie goes viral, I know they are going to be bad. While “The House” wasn’t terrible, it definitely didn’t live up to the hype I saw online.

The stop motion in this film is so seamlessly done, beautifully pieced together and naturally flowing. Throughout the whole film all I could think about was how big the items used in animation actually were. They had to be small if they were stop motion. The details were just amazing to look at, especially the fire.

While the film looked nice, I did have some issues. The movie’s description reads “[they] try to make the strange building into a permanent home.” There was something misleading about this description. I thought I would be watching three generations of people experience the same unsettling curse, but all three segments of the movie were completely different and disconnected from each other — aside from being the same house.

The first segment followed a poor family as they conveniently upgraded to a better house. With the move, the parent’s instincts were compromised, and they stopped taking care of their children, instead becoming obsessed with the idea of furniture. This short film was my favorite of the three as it felt the most creepy and made the most sense.

In the second part we see a rat that had recently renovated the inside of the house but is struggling to sell as potential buyers hate it. Then there ended up being a bug problem, that made the rat go crazy. He developed weird habits within himself and sees everything a little differently, especially the two people who do want to buy the house. This short film was a little confusing if you didn’t think about it hard enough. There were a lot of hidden details that went into fully understanding it, but it had the best ending.

The third short film took place in a flooded city where the house served as an apartment complex. This film revolved around cats as the characters. In the story it’s time for them to move on, but the landlord had other ideas for the house. This one was the most aesthetically pleasing scene but the worst out of all three for the plot.

Each part of the film was directed by a different director so each felt unique and you could tell the different takes they all took within this one location. It’s interesting to think about what each director brought to the screen.

Overall, I wish there was more of a connection between each story. Going into this I kind of expected an “American Horror Story” season one vibe — where there’s different families experiencing the same traumatizing actions and the story shows how they deal with it.

I am a huge fan of stop motion and this film is one of the best ones I’ve ever seen. Everything looked textured like fabric, unlike some other stop motion films that are more clay based. I definitely got some “Fantastic Mr. Fox” vibes from this film.

With the whole movie being an hour and 37 minutes, and each short film being about 30 minutes, there is enough going on that I couldn’t look away from the screen. As a viewing experience, being split up into three parts was better. If this was just one long story, it wouldn’t have been for me.

Everyone should watch this for the beautiful stop-motion, though I don’t know how well you’ll remember it afterwards. Rotten Tomatoes and IMDb rated the film high, and I would like to think that’s it’s because it was so well done, not because of the stories.

While all the messages got across — the first film giving the feeling of obsession, the second film depicting a destruction of oneself and the feeling people don’t care and the last film with the lesson of forgiveness and letting go — the deeper meanings took a while to understand.

It’s definitely not a casual watch, but with each film only being about 30 minutes, it was easy to get through and will give you plenty to think about.