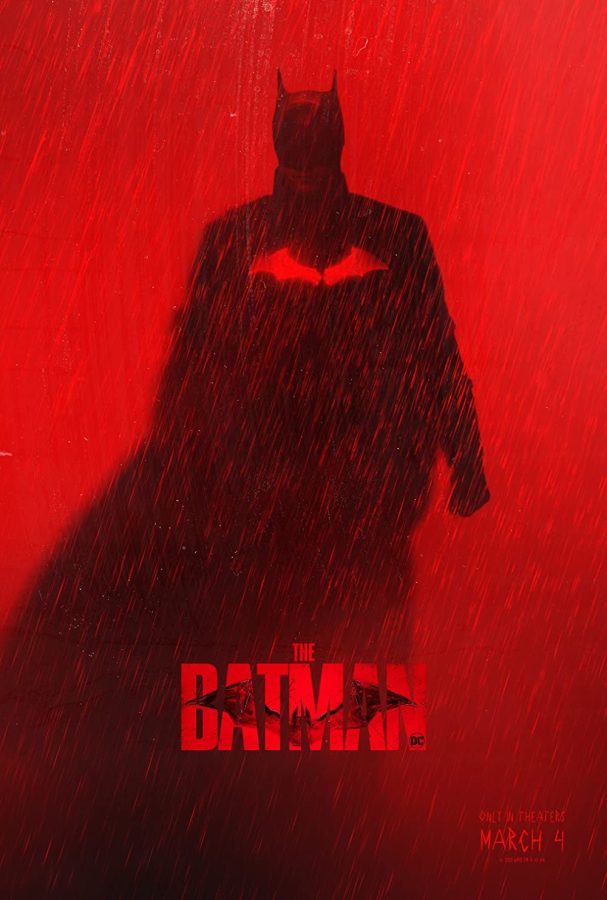 Robert Pattinson stars as Bruce Wayne in "Batman," set to be released March 4, 2022.

With a new year comes a new slew of movie releases. As an avid film buff, I’ve compiled the top 10 movies — in order of release date — that I’m most looking forward to in 2022.

The fifth film of one of my top five horror franchises of all time, “Scream,” was released on Jan. 14. It’s crazy to think how long this franchise has lasted. I remember watching the first “Scream” (1996) while staying home from school with a cold in the eighth grade back in 2013. Once the closing credits rolled, I was hooked and ended up watching the rest of the films that day. Sidney Prescott (Neve Campbell) and Dewey Riley (David Arquette) were always my favorite characters.

When the moon is displaced from its orbit, dire consequences lie ahead. Space movies have always fascinated me ever since watching films like “Gravity” (2013), “Interstellar” (2014) and “Apollo 13” (1995). However, I am especially excited for “Moonfall,” which is expected to add a new perspective to the science-fiction genre. Some cast members include Halle Berry, Patrick Wilson, and the hilarious Michael Pena.

The first time I watched a “Jackass” movie, I was in disbelief at the lengths these guys went through to perform their stunts.  The pain and suffering they put themselves through for entertainment is a shocking to consider. Despite the original movie being released in theaters nearly twenty years ago, I expect to see the same old tomfoolery in the latest installment, especially with Johnny Knoxville, Steve-O and Chris Pontius making their return to the franchise.

Growing up, Batman was my all-time favorite superhero. I have seen all of the Batman movies, and Christian Bale is (so far) the best defender of Gotham. The newest version stars Robert Pattinson as Batman. I’m interested in seeing where director Matt Reeves takes this film and how he separates himself from Christopher Nolan’s masterpiece.

A film crew arrives at a secluded house in hopes of creating an adult film — but, unbeknownst to them, the old couple whose house they are using to film has some unpleasant secrets, and things begin to take a sinister turn. This movie gives me the same vibe as The Visit (2015) or The Texas Chainsaw Massacre: The Beginning (2006). The cast includes Brittany Snow and Kid Cudi.

This movie follows a style comparable to “Game of Thrones” (2011), “Vikings” (2013) and “The Witcher” (2019). I find films that involve anything related to vikings or medieval times to have great storytelling and significant visual aspects for audiences. The main cast includes Alexander Skarsgard, “The Queen’s Gambit” star Anya Taylor-Joy and Willem Dafoe.

The long-awaited new “Top Gun” movie will hit theaters in May after multiple delays. My parents are enormous “Top Gun” (1986) fans, and I in turn became a fan as well. Tom Cruise is back as Maverick, Miles Teller as Bradley Rooster Bradshaw and even the great Val Kilmer as the legendary Iceman.

Horror movies are my favorite genre, so I’m always down to see another horror flick. This film follows a boy who is abducted by a serial killer that starts to receive guidance from the killers’ former victims. Ethan Hawke will star.

Director Jordan Peele has a knack for creating great horror movies with relevant undertones. This will be the third film Peele has directed. The plot for this film is unknown at this time, but judging by his past two films, “Get Out” (2017) and “Us” (2019), I’m sure it will be another box office hit. Actor Daniel Kaluuya stars.

The final movie of the latest “Halloween” trilogy is expected to be released fittingly in October 2022. I thoroughly enjoyed the first two films of this franchise, “Halloween” (2018) and “Halloween Kills” (2021) — I was frightened numerous times by the intense violent scenes.  The final battle between Laurie Strode (Jamie Lee Curtis) and Michael Myers (James Jude Courtney) is one to look forward to.