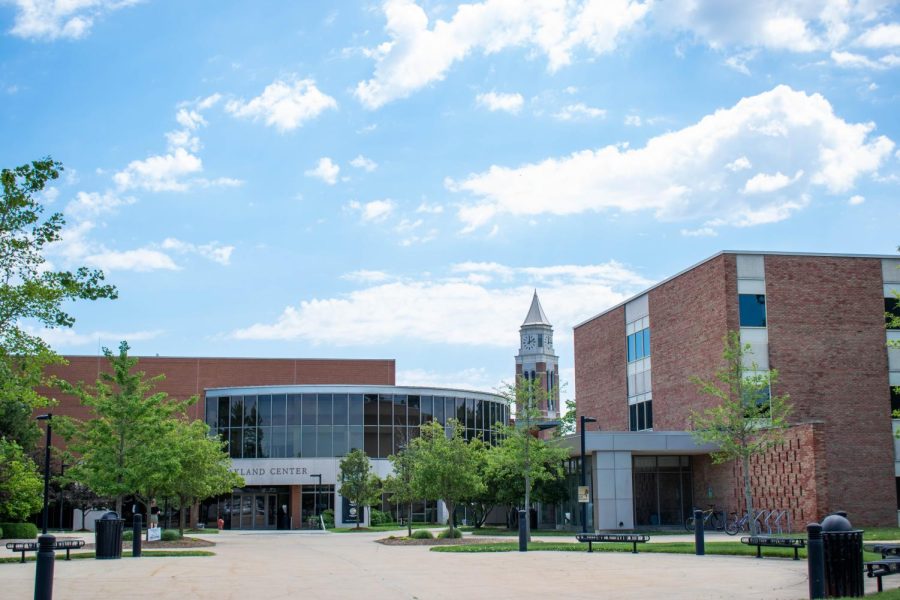 The university's bargaining team has responded to AAUP accusations of bad-faith bargaining during 2021's contract negotiations.

The university’s bargaining team has responded to last week’s accusations of bad-faith bargaining during 2021’s faculty contract negotiations, in which faculty provided evidence that they say proves information about healthcare costs were withheld from them during bargaining, with the following statement:

“Oakland University negotiated in good faith with the AAUP at all times during the 2021 collective bargaining process, as it does in all negotiations with every bargaining unit on campus.

The University provides health insurance rate information every year to all faculty and staff through the open enrollment process and would not have had any reason to withhold that information if the AAUP had requested it.

The administration’s goal is to work productively and collaboratively with the faculty to maximize student success and faculty excellence.”

While this statement was not signed individually by anyone, the university’s 2021 bargaining team consisted of Vice President of Human Resources Joi Cunningham, Assistant Vice President Peggy Cooke, Interim Vice President for Finance and Administration James Hargett, Dean of the School of Nursing Judy Didion and outside legal counsel from law firm Dykema Robert Boonin.

This statement comes in response to the letter sent to President Ora Hirsch Pescovitz and the Board of Trustees (BOT) last Monday from President of Oakland University’s Chapter of the American Association of University Professors (OU AAUP) Karen Miller in which the AAUP outlined how the results of recent FOIA requests indicate that the university’s bargaining team withheld pertinent information about healthcare costs from faculty during 2021’s contract negotiations.

The evidence the OU AAUP provides in their letter consists of email correspondence between insurance providers and Hargett during bargaining. The extent of that evidence is outlined in italics below.

“On August 18th, 2021, Alan de la Vega, representing Marsh & McLennan Agency, the agency tasked with negotiating health insurance rates with carriers on Oakland’s behalf, emailed an attachment of the 2022 Renewal Report to Oakland administrators including Eric Herppich, Corey Brittingham and Monica Haines. Preliminary Priority Health rates were included in that report among many other pieces of information regarding 2022 rates. A meeting between MMA and Oakland took place on August 19th, 2021 in order to review the report.

On August 18th, 2021, James Hargett emailed Eric Herppich the following, “Where are we with the new health insurance rates for 2022? We usually have something by now even if it is not final rates”. Mr. Herppich’s response on the same day states: “Priority’s prelim rates are 7%, still waiting on BC”.

The email states: “Here are current and prelim 2022 rates. MMA will continue to negotiate rates…Priority, which is the benchmark, is at a 6.9% bump as of today”. Mr. Hargett’s response on that same day indicates his receipt of the information and shows he had knowledge of both BCBS/BCN and Priority Health preliminary rates. His response reads, in part, “BCN up 15.4%, if that holds, They will not keep too many folks in that plan”.

On August 31st, 2021, Eric Herppich sent an email to Michele Knox and James Hargett that reads: “Rates for 2022 as of now, Priority will not be reducing their rates for 2022 any further. Still waiting to hear from BCBS.” Attached to the email is a spreadsheet named: “081921 2021-2022 Rates and Contributions for OU” which contains specifics on insurance rates. On that same day, James Hargett confirmed receipt of the information in an email to Eric Herppich that stated: “Thanks for the update”.”

The issue of healthcare costs was a main point of contention during 2021’s heated contact negotiations, with the university bargaining team initially pushing for faculty to reach a 20% contribution towards costs by year three of the agreement.

While the faculty have been forthright in asserting their discontent with the university’s behavior during bargaining since negotiations finished, this letter indicated a new point of tension. Miller specifically called for accountability, including an investigation and reassessment of the employment status of multiple administrators.

“These actions constitute bad faith bargaining, violating the Faculty Agreement as well as both the National Labor Relations Act and the Michigan Public Employment Relations Act,” Miller said. “In an ethical and transparent organization, this type of behavior would result in employee termination. James Hargett, whose role in these actions has been clearly demonstrated, and any others found complicit, should not be allowed to continue in any capacity at Oakland University.”

Faculty morale and the relationship between OU AAUP and the university were significantly strained throughout the course of last summer’s negotiations. After sending the letter last Monday, union leadership waited a few days for a response from the university. When that response didn’t come, all OU AAUP members were made aware of the letter outlining bad-faith bargaining via an email early last Friday.

Responses from faculty to the accusation of bad-faith bargaining on behalf of the university thus far have ranged from disappointment and disgust to outrage. With unions representing other on-campus staff set to negotiate new contracts with the university this summer, it is unclear how these accusations from OU AAUP could impact those bargaining sessions.

The Post will continue following up on this story.