‘The Matrix Resurrections’ — a subversive reboot 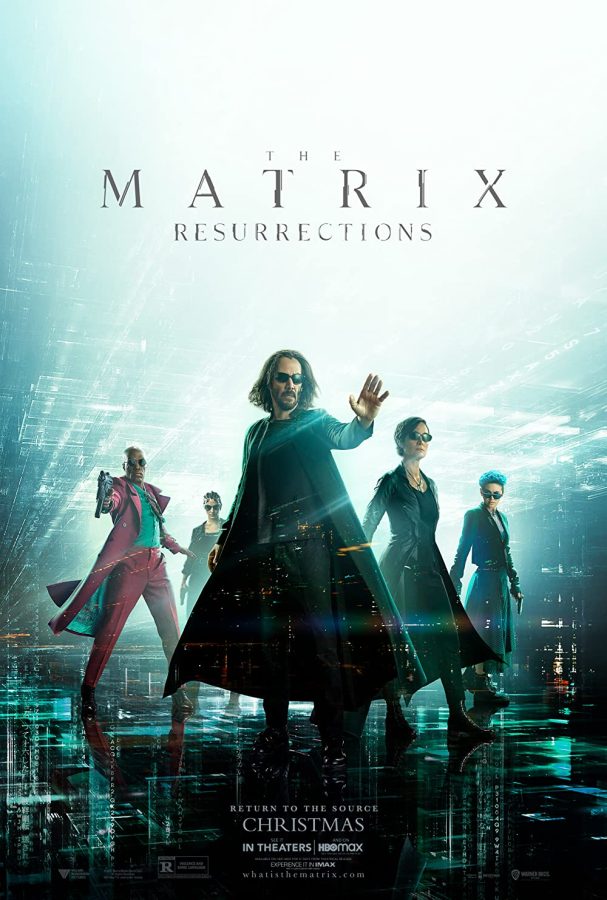 Last month saw the massive release of “Spider-Man: No Way Home.” Audiences flocked to theaters to see their favorite heroes and villains from three different incarnations of the Spider-Man franchise, and the film gained the distinction of being the first film to gross over one billion dollars since 2019.

Anything running against the incredible Spider-Man was destined to bomb at the box office, including the latest entry in the long-running Matrix franchise, “The Matrix Resurrections.” The fourth “Matrix” installment takes a critical look at franchise filmmaking and the state of safe modern filmmaking.

The film was created by one half of the Wachowski’s, Lana Wachowski, as a way for her to process the loss of her parents and a close friend. Lana allowed her fictional characters Neo and Trinity from her films to come back to life in her mind, and she was inspired to continue their eternal struggle against the machines. Also returning to the franchise are Neo and Trinity’s actors, Keanu Reeves and Carrie Anne-Moss, respectively.

In “The Matrix Resurrections,” Neo is trapped in a new matrix after he died at the end of the previous installment. Thomas Anderson, Neo’s alias inside the matrix, is a successful yet mentally troubled game developer. Anderson used his manic delusions to create a trilogy of video games the audience will recognize as the original “Matrix” films. The simulation begins to break when Anderson’s coworker, who is the villain agent Smith in disguise, tasks him with creating a new matrix installment.

The film uses the metaphor of an in-universe video game reboot to examine what it’s like to be a creative being forced to sacrifice their integrity. Smith bleakly tells Anderson at one point that Warner Brothers will reboot the matrix with or without their involvement, so they might as well try to hold on to their creation. Later on in the movie, we find out Neo and Trinity had their corpses resurrected by the machines, which in a meta-textual way represents how studios often dig up the graves of their own intellectual properties for a quick and easy payday.

This film is essential for the modern film landscape. The box office is dominated by movies from the Marvel and Star Wars franchises which are both owned by Disney. Disney’s entire empire is built on the ideas of late creators such as Walt Disney and Stan Lee whom they metaphorically defile the graves of. Franchises will continue to get new installments even after all of the creators are gone. The “Matrix” films have always relied on their auteurist approach, and hopefully they never make any “Matrix” films without the Wachowskis.

This film also is an interesting piece as it’s the first “Matrix” film to release since Lana publicly transitioned genders. In the years following the release of the “Matrix”, many viewers began to tie the themes and symbolism of the film to the trans experience. One notable tie was the iconic red pill was the same color as estrogen pills in the late nineties. These themes come full circle in the newest “Matrix”, as it’s Trinity who becomes the one and flies at the end instead of Neo.

“The Matrix Resurrections” is a polarizing film to audiences, because it was a blockbuster only made for one woman, and I find that to be incredibly admirable.