‘One True Loves’: YA masterpiece we’ve been waiting for 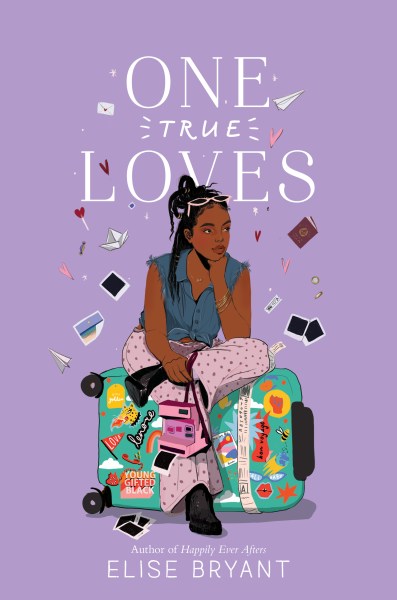 Elise Bryant's YA romance "One True Loves" came out on Jan. 4.

“One True Loves” by Elise Bryant was a book that I discussed in my Exciting January 2022 book releases article. Now that the book is out, and I’ve read it, I wanted to give a proper review.

The “Happily Ever Afters” author absolutely knocks it out of the park with this companion book. “One True Loves” follows Lenore Bennett — Tessa’s fashionista best friend who is spending the summer break post graduation on a dreamy European vacation. The story follows her journey of love and self discovery in a way that a romance lover could only dream of.

Not only does this book have impeccable, top tier romance that leaves readers wanting more, but it’s also a story of a girl coming into her own and discovering what she really wants to do with her life post graduating high school.

Lenore embodies so many relatable traits that makes her such an iconic Black lead. This story was magical for Black girls in the young adult (YA) romance genre, and one that many of us have been waiting for as we don’t get the chance to be featured like our counterparts. When it comes to looking for a book where girls can see themselves, I didn’t have much of that growing up — so many of us didn’t. We just got used to never being featured in a story, and when we were, it was stereotypical side characters next to the pretty blonde white lead. Having a story for us that felt genuine was such a wonderful experience.

Lenore is such a relatable character. She’s someone that a lot of people can see themselves in. Her struggles are something that many people go through when they graduate high school. There’s something so beautiful about reading the journey of a girl going through the struggles of trying to figure out your major in college. As someone who’s changed their major twice, I felt.

She’s also very pessimistic about love, something else I can relate to. The obstacles of dating as a Black girl were explained in a way that didn’t feel forced — it felt raw. It felt like I finally had a story that encapsulated my high school (and college, let’s be honest) experience.

Bryant does a beautiful job of creating characters. My favorites from “Happily Ever Afters” returned for this book, and reminded me of why I loved them. Tessa and Lenore have such a real and relatable friendship that makes me want to reread this book over and over again. Lenore’s love interest Alex is also such a complex character —  not a typical rom com love interest. He had depth and felt like a character, not a caricature. The Bennett family felt like authentic characters. They all had stories and complexity outside of their relationships with Lenore. Their family dynamic was also a factor many people love about Bryant’s books.

This book was such an experience. The obstacles and hardships that all of these characters went through told a story. There’s so much to love about it. The love story felt real and pokes fun at the cliche love tropes in a way that’s hilarious to read. This is a book  I plan to read several times and definitely recommend!