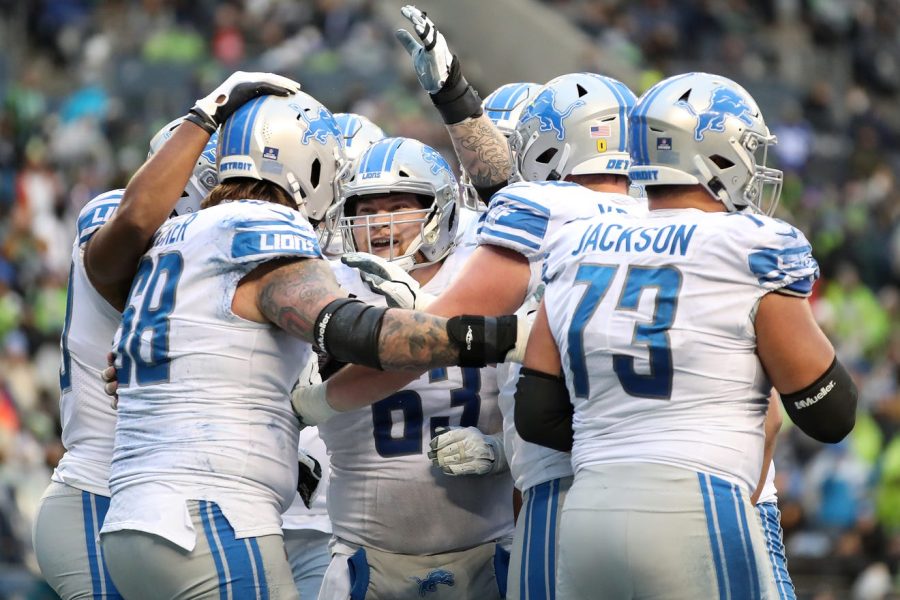 The Lions defeated the Packers 37-30 on Sunday.

After a disastrous tenure under former Head Coach Matt Patricia, Campbell took over, looking to establish a new culture with new pieces in the first part of a long-term rebuild. After opening the season on an eight-game losing streak, the Lions showed signs of life before going 3-3 to finish the regular season.

Green Bay, who had the top seed in the NFC clinched going into the game, opened with a touchdown from MVP candidate quarterback Aaron Rodgers, who would sit most of the game but finished with 138 yards and a pair of touchdown passes before backup Jordan Love took over. The Lions would go on a run, scoring 14 unanswered points, before a Green Bay touchdown brought them within one. After a field goal, the Lions led 17-13 going into the half.

In the third quarter, the Lions looked to pull away after a 36-yard touchdown put Detroit up 24-13. This was a strong showing from Lions quarterback Jared Goff, who would go on to put up 238 yards and two touchdowns for the game. The Lions put pressure on the Packers, but even with Rodgers sitting, Green Bay showed why they’re the one seed. The Packers scored a field goal in the third quarter to stop the bleeding. The Packers put themselves in good field position heading into the fourth, where they scored a touchdown with over 14 minutes left to bring Green Bay within two.

The Lions scored on another field goal, to put the game up by five, until a 62-yard touchdown pass from Love and a two-point conversion would give Green Bay their first lead since the first quarter. With under two minutes remaining, running back D’Andre Swift scored a touchdown to give Detroit the lead back. Green Bay got back on the attack, but a Love interception led to a Lions field goal, and a second with 48 seconds left on the clock sealed a Detroit victory, 37-30.

Though Detroit won against a mostly resting Green Bay Packers, they locked in the second pick in the 2022 NFL draft and are starting to embody the new culture established by Campbell. His hard-nosed approach to football and calls to go for it on 4th downs are giving the Detroit Lions a reputation as a tough and gutsy team heading into next season.

Detroit, which has a number of improvements to make, has a multitude of draft picks and $38 million in cap room. As Campbell’s roster continues to take shape, expect Detroit to be a franchise on the ascent as they look to get back into the playoffs and win their first playoff game since 1992. The Detroit Lions will roar back. It’s just a matter of when?