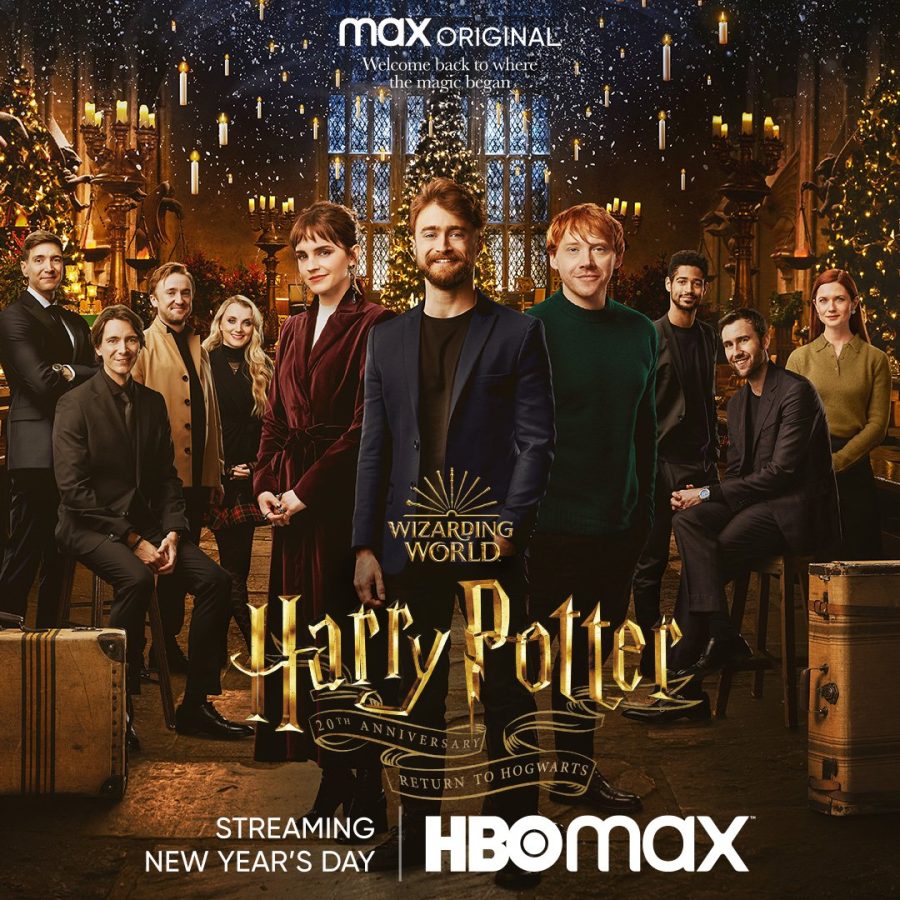 The HBO Max special serves as a reunion for the iconic cast.

“Harry Potter” is one of the most influential media franchises of all time, beginning in 1997 when J.K. Rowling published the first book, “Harry Potter and the Philosopher’s Stone.” The book was a colossal success and reached the New York Times fiction best-selling list in 1999.

It was no surprise when that same year, Warner Brothers bought the franchise’s film rights and began working on an adaptation of the first book in the series. In 2001 the film adaptation of “the Philosopher’s Stone” or as it was called in the U.S., “the Sorcerer’s Stone” was released and became the highest-grossing film of the year.

The documentary, “Harry Potter 20th Anniversary: Return to Hogwarts,” takes a retrospective look at the film franchise that began twenty years ago, by interviewing the cast of the franchise on the film series’ iconic sets under the conceit of a reunion. Having grown up with both the “Harry Potter” novels and films, this HBO Max original immediately jumped to the front of my watchlist. I am delighted to say this film is the definitive Harry Potter documentary and a must-watch for any fan of the franchise, either casual or hardcore.

The most impressive feat of this documentary is it was able to gather most of the franchise’s stars and all of the directors to give their perspectives on the development of the series. Seeing Daniel Radcliffe, Emma Watson and Rupert Grint converse about their experiences on set in the Gryffindor Common Room was a surreal experience. The documentary does a good job of stitching conversations between the costars into a cohesive narrative. You get an incredibly complete picture of the costars maturing, and the franchise growing along with them.

The most interesting subject the documentary interviews is the director of the first two films, Chris Columbus. Columbus is portrayed as a fatherly figure for all of the then-child stars, and the archival footage they show of him working on set is quite moving. The director is proclaimed to be the unsung hero of the “Harry Potter” series, as without his guidance and patient approach to working with the child actors there wouldn’t be the films we all know and love.

The film mostly chooses to ignore the actual creator of the franchise, J.K. Rowling, except for some archival interview footage about the casting of Radcliffe. Her omission is due to the controversy surrounding comments she made that many people consider transphobic. Despite being the creator of the franchise, she adds relatively little to the film, and her contributions could have easily been left on the cutting room floor without any impact. I believe that her being completely absent would have been preferable to this film’s partial commitment to exclusion.

“Harry Potter 20th Anniversary: Return to Hogwarts” is a beautiful retelling of the development of one of the most iconic film franchises of all time. I recommend this film to anyone who ever picked up a “Harry Potter” book, or caught one of the films either in theaters or through one of the endless television marathons.