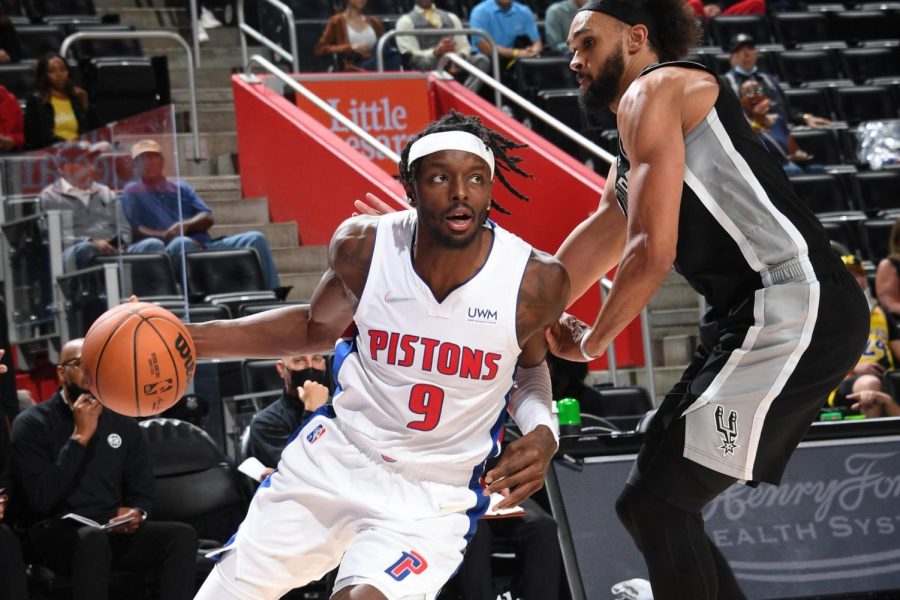 The Pistons, who haven’t won a playoff game since 2008, have a new sense of excitement in the organization as the young core and breakout players look to make noise and develop in a now stacked Eastern Conference.

The Pistons, who were without No. 1 overall pick point guard Cade Cunningham, were lead by forward Jerami Grant’s 19 points in 24 minutes of play. Former Michigan State guard Bryn Forbes, now playing for the Spurs, registered a game-high 20 points in a losing effort.

Cunningham, who is dealing with ankle soreness, was held out of most of training camp and ruled out of Wednesday night as a precautionary measure. Detroit was also without guards Killian Hayes and Frank Jackson among the eight inactive players as they look to make adjustments and finalize their roster for the upcoming regular season.

Head Coach Dwane Casey’s Pistons jumped to an early lead, ending the first quarter 39-22 over Head Coach Greg Popovich’s Spurs. The Pistons outscored the Spurs in three out of four quarters and led by as much as 17. The Pistons showed flashes of great offense, as they shot above 50% as a team and had 46 total field goals and 25 coming off of assists. The Pistons set the tone early on defense, and led both teams in total blocks and steals, recording nine each.

As well as the Pistons played, the true extent of their talent won’t be seen until the introduction of Hayes and Cunningham to the roster, as there are questions about how the Pistons’ star guards will fit in the backcourt. Sophomores, forward Saddiq Bey and center Isaiah Stewart, look to improve and solidify their roles within the Pistons’ future. Grant, who won a Gold Medal with Team USA at the 2020 Olympics, looks to lead the young but talented team back into the playoffs.

The shift in tone within the franchise has made a notable shift under General Manager Troy Weaver, who has rejuvenated the franchise. Since joining the franchise, Weaver has drafted and signed players who embody the modern analytic league but fit the grit and grind mentality of previous generations. In this time, Detroit also extended  Casey, who looks to adjust and mold players into a contending team. The team has also enlisted legends like recent Hall of Famer Ben Wallace, who was in attendance, to mentor the team’s young frontcourt.

The Pistons, who haven’t won a playoff game since 2008, have a new sense of excitement in the organization as the young core and breakout players look to make noise and develop in a now stacked Eastern Conference. Detroit looks to compete in a conference containing NBA Champion Milwaukee Bucks and the Brooklyn Nets as they vie for a spot in the Play-In Tournament at the end of the season.

The Pistons begin a two-game road trip facing the Memphis Grizzlies and the New York Knicks before ending the preseason at home vs. the Philadelphia 76ers. The regular season begins for the Pistons on Oct. 20 at home against the Chicago Bulls.

Though the team hasn’t been shown in full strength, the Detroit Pistons are showing signs of life in a competitive East.